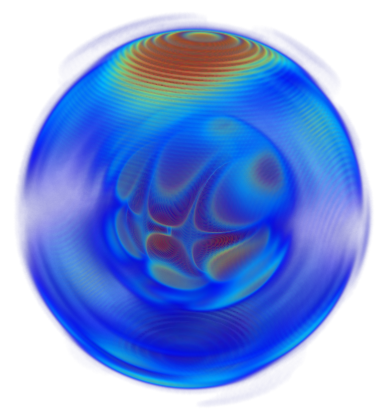 Ionization is a fundamental process in chemistry and physics, lying at the heart of many fascinating phenomena.

Ionization is the process of producing ions. Certain molecules ionize in solution, for example. But ions may also be formed when an atom or molecule loses one or more electrons as a result of energy gained in a collision with another particle or a quantum of radiation.

The CREI produced by a laser has been explained until now by a quasistatic argument, treating the nuclei as instantaneously fixed point particles,with the electrons following the combined potential from the applied laser field and the electrostatic attraction to the nuclei (an adiabatic approximation, where time flows very slowly and the solution of the Schrödinger’s equation at one given time goes continuously over to the solution at another time). In any experiment, however, the nuclei are neither frozen nor are they point particles; instead their motion can be strongly coupled to the electron dynamics and accounting for the coupled electron-ion quantum dynamics can be essential.

Further, the electron does not simply follow the field adiabatically, as revealed by the experimental data. Calculations treating the full quantum dynamics of the nuclei and the electron in H2+, and a few experiments, have verified that the essential CREI phenomenon remains robust, although ionic dynamics alter the details. Hence, to properly understand, model, and predict the experiment, a fully time-dependent picture of coupled electronic and ionic motion is needed.

Now a team of researchers, including Ali Abedi, from DIPC, UPV-EHU and the City University of New York, study1 the exact time-dependent potential that drives the electron, which fully accounts for coupling to both the field and the dynamical nuclei, in a model one-dimensional H2+ molecule undergoing CREI.

The potential they find provides complete details of the CREI process beyond the quasistatic picture traditionally used to analyze and interpret CREI. The large differences in the two potentials, and the resulting dynamics, reveals the importance of the dynamical electron-nuclear correlation terms lacking in previous pictures of CREI: propagating the electrons in a potential that neglects these terms gives large errors in the predictions of the ionization probability.

How significant the dynamical electron-nuclear effects are for CREI phenomena in larger systems remains to be investigated. In many-electron systems, the potential is a function of all electronic coordinates. How to accurately model this potential opens a major avenue for future research.

Towards the complete description of the electron correlation

On Neurons and Nuclear Explosions