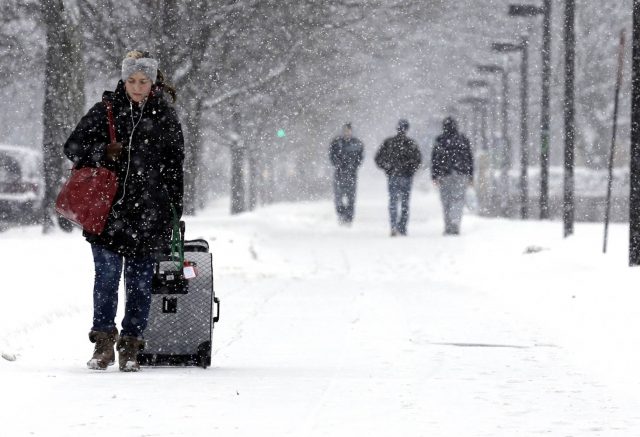 As an intellectual discipline, moral philosophy is afflicted by a very deep ambivalence. On the one hand, moral philosophers have always pursued to have a prominent position in the debates about what is morally good and what is morally bad; most of their theories can be interpreted hence as sophisticated attempts to answer the old-as-mankind question “what must I do?”, in competition with the plainer mandates of priests, political leaders, and your mom.

On the other hand, as any other branch of philosophy, and particularly during the last century, the philosophical reflection about ethics has presented itself as a kind of ‘second order reflection’ about the nuances of moral principles, moral concepts, moral habits, moral reasoning, etc.; i.e., not as something directly addressed to knowing what is good and what is bad, but to understanding what do we mean by saying that something is good or bad.

Of course, usually, both sides of moral philosophy have been coherent and mutually supportive, in the sense that the ‘metaethical’ reflection has been developed in big part with the aim of using it, in the end, to build better moral arguments, but this habitual cohabitation of styles of thinking and types of question does not fully eliminate the tension that can exist between them, usually corroborating the priest’s, the politician’s, and mom’s suspicions that too much reflection can dangerously be used in order to escape your duties, rather than to fulfill them.Partly because of that, ‘second order’ moral philosophy has often been seen as a door open to moral relativism or to moral nihilism, and indictment not always misguided, and this is perhaps the reason why many philosophers tend to prefer ‘metaethics’ to ‘ethics’ as a research topic.

In recent times, a whole body of empirical research about moral issues has joined philosophy in its attempt to understand what is what we actually do in making moral judgments or moral decisions. This is part of a new trend known as experimental philosophy: the attempt to employ the experimental techniques developed within psychology, economics or sociology, in order to test whether the ‘rational intuitions’ on which a big portion of the philosophical debates was based are actually shared by common people, or are just a construction of armchair philosophers. Though experimental philosophy has been applied to a number of questions, mostly related to problems in philosophy of mind, cognitive science, or epistemology, it has been in the field of moral thinking where most interesting results have been obtained. I’m sure almost all readers will have heard, for example, about the ‘trolley experiments’, in which a subject is asked about whether the decision to save a number of lives by pushing a ‘fat man’ to the railway is moral or immoral, better or worse, than letting the other people die under the tires of a quickly approaching tram.

The research I am going to present now is directly related to that type of problems in experimental philosophy, though it is more specifically addressed towards criticising the acceptability of one particular philosophical approach to ethics.

There have been two traditional main approaches to moral philosophy, which can be roughly categorised under the umbrellas of Aristotle’s virtue ethics, and of Kant’s deontological ethics. According to Aristotle, to be morally good is to have good habits (‘virtues’, instead of ‘vices’), good habits are those that most likely lead us to get a happy life, and the main guide to know whether a habit is a virtue or a vice is if we are praised or blamed for behaving according to that habit, for moral virtues, for Aristotle, have always an intrinsically social component (after all, it was he who defined the human being as the zoon politikon, the ‘political animal’).

For Kant, instead, the only thing that makes an action a good one from the ethical point of view is the goodness of the intention or will that has led to the action: one has to carry out the action in order to obey your moral duty, in order for it to be a moral action, and reason alone is what helps us to determine this, according to the criterion Kant called the categorical imperative: “Act only according to that maxim whereby you can at the same time want that it became a universal law” (or, as your mom would say in a less professorial way: “if you don’t like that others do the same, don’t do it”). Moral correctness would hence be predicated of single actions, decisions or intentions, rather than of habits or customs: one can be a criminal but, nevertheless, commit some good deeds from time to time, or alternatively, one can be a very virtuous person but occasionally commit some sins.

Since the times of Kant, hence, a lot of philosophical research about ethics has concentrated in studying the concept of duty, or ‘ought’ ( ‘deontological’ comes from the Greek word for ‘duty’, deon). And few principles related to this notion have been more immune to criticism that one of Kant’s main logical insights: that ‘ought’ implies ‘can’, i.e., you can’t have the obligation to do something you cannot do. (By the way, this principle also plays an important role in Kant’s arguments about free will: according to him, it is our intuition that we have moral obligations what forces us to conclude that we have the power of deciding whether to obey or disobey the moral law, for if we hadn’t, if we could not avoid doing what we do, then we would not be obliged by the moral law).

The question is, are real human beings more Kantian or more Aristotelian? One way to test this would be to investigate whether people’s moral judgments are consistent with Kant’s principles, in particular, with the ‘ought implies can’ principle. Thirty years ago, the philosopher Walter Sinnott-Armstrong imagined a thought experiment that, according to him, would demonstrate that ‘ought’ does not always imply ‘can’, but his argument wasn’t very well received amongst his colleagues. The case is more or less the following: imagine that an agent A has made a promise to another agent B, for example, taking B to the airport in A’s car, but when the time comes, A doesn’t feel like doing it, and in order not to fulfill his promise he breaks his own car, so that he cannot ride B to the airport. In this case, has A the obligation of fulfilling his promise, even when it is clear that he cannot do it? Sinnott-Armstrong thought the answer was yes, but many philosophers in the Kantian field disagreed.

Recently, however, a team of cognitive scientists reconsidered Sinnott-Armstrong’s argument and decided, not to discuss it from a philosophical point of view, but just go to real people and ask how would they judge those imaginary situations. In the study, with almost 80 participants, more than 60% of them said that, in a case like the one described above, A would still have the obligation of riding B to the airport, even if A cannot. Only a 30% of the people said A wouldn’t be obliged. So, it seems that there is a majority of people disagreeing with Kant’s principle, and for whom, having an obligation depends more on being subject to blame than on having the capacity of choosing what to do at the precise moment of doing it. But of course, the fact that there also are a lot of people agreeing with Kant would entail that the discussion about these questions would not end so easily.

And by the way, how Kantian are you?: do you think that making it impossible for yourself to comply with a promise you have done dispenses you of the obligation of fulfilling it?

On the generation of problems by 20th century science and technology