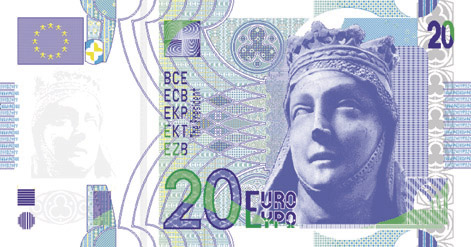 [You can read the first part here]

(3) Positivism is the (philosophico-political) thesis that real knowledge reduces to the domain of established positive facts, and that all the other claims someone may make must not be taken as knowledge, but, at best, as more or less reasonable opinion. Positivism in this sense is a child of liberalism, for it is based on the (normative) idea that the number of beliefs that a society can legitimately command its members to accept must be kept to a minimum.

The question is, what things can I be blamed for not believing, of for not acting as if I took them to be true? Suppose that a father drowns his baby by keeping her head under the bath water for ten minutes. We will not accept as an excuse (assuming the man is mentally healthy) that he simply asserted he failed to know that doing so would necessarily cause the death of the infant. So, ‘we’, at least in the sense of a group of people willing to impose on themselves certain social rules, will consider that one has the obligation of knowing, or believing, or acting as if he or she believed, certain things. But what things?

Well, since ‘we’ liberals (this is now obviously a different ‘we’) are allergic to obligations, our automatic response is to say ‘as few as possible’, and therefore, being an established positive fact is for us a necessary condition for being compulsory to be accepted. It cannot be a sufficient condition, both because nobody can wholly learn the immense and growing set of established facts, and also because it is good that sometimes some people criticise some established facts.

Furthermore, our life in common would be utterly impossible if we could not count with some facts being ‘positive’ and ‘established’ in the sense explained in the previous entry. I don’t claim this in the epistemological classical sense of some ‘certainties’ on which the full edifice of our theories or beliefs would be ‘grounded’, but in the social sense that each of us necessarily counts with being able of pointing to some things that the people she is talking to accept as well as she does. You would be infuriated if the shop assistant returned to you as change a newspaper’s cutting claiming that it is a 20 euro note; you obviously think (at least in the customary course of life) that he has the obligation of noticing and acknowledging that that shabby piece of paper is not a bank note, an obligation to which you feel yourself as forcefully subject as everybody else in a modern society are, save very small children and the mentally disabled. The important question for our present discussion is, of course, to what set of assertions the obligation extends, for ‘none’ is no acceptable answer: you would not have nothing to talk about with me if you could not count with my accepting some facts. Even if you want to enslave me, you will at least expect that I remember as a positive fact the time I disobeyed you and as a result you ruthlessly whipped me.

It is important to keep in mind that what I am defining here as ‘positivism’ is not basically an epistemological stance (i.e., neither a theory about the ‘nature’ of established facts, nor about the formal organisation of particular families thereof – viz., scientific theories–, nor about the logical, semantic or empirical relation between established facts and other types of claims), for it is a position about the principles that tell how epistemic stuff and endeavours haveto be organised in ‘our’ society (again in the first sense of ‘we’ I mentioned). There can hence be a plentiful of different positivistic theories, depending on the particular claims and arguments they make about all those epistemological or normative questions, but the point of this manifesto is not to take sides for one or other of those theories, but to defend positivism in this most general and political sense.

(4) I cannot ignore the numerous and profound critiques positivism has received all along its history. I shall examine a few of the most relevant ones in the next and last entry, but first of all I want to explicitly point to a couple of important claims.

The first one is that, in spite of all those objections, I know of no other answer minimally satisfactory to the question raised in the past section (what things should be socially taken as ‘established knowledge’?). For other views would tend to be either too much dogmatic or too much anarchist.

Dogmatism is the view according to which there is some set of propositions you have the obligation to accept even if they are not positive facts established after a public and critical process of testing; these can be the dogmas of a religion, a political creed, a social frenzy, or a fashionable academic vogue.

On the other hand, anarchism is the view that there are no positive facts, or at least that they cannot be publicly and critically established, i.e., that nobody has any obligation at all to accept any kind of fact. I think that this kind of anarchism is only conceivable in some philosophical dreams, but that in practice everyone of us would take it as an grotesque nightmare if some community actually attempted to live according to its (anti)precepts.

I recognise that liberalism is perhaps a too unstable equilibrium between the poles of dogmatism and anarchism, but, being a true liberal, I happily admit of a wide range of intermediate positions (i.e., different preferences about exactly where to set the limits of those facts that we think are compulsory to accept within the normal course of social life) as representing ‘truly liberal options’.

The second important point is that positivism, as I have defined it, is not to be confused with the request that it must be ‘forbidden’ to accept those facts that have not been positively established, or that it must be compulsory to reject them. I only mean that it must not be compulsory to accept them. Liberalism loves freedom, so let thousand flowers of free discussion, free invention and free spreading bloom. After all, for every established fact there was a time when it had not yet been established, so it is important that we can launch conjectures and speculate about open problems. Furthermore, most, if not all, of philosophy, including positivism itself, lies far from the limits of the realm of ‘established positive facts’, so philosophical research and discussion, including discussion about those very limits, is almost necessarily conductive to theories and claims that ‘we’ would not like them to become part of what our fellow citizens (nor even our colleagues) have the obligation to believe. Of course, a competent philosopher, one deserving an academic position, for example, mustknow lots of things about philosophy and many other things, but she has not to accept in particular any of all the philosophical theories she knows about.

Positivism is a humanism (a manifesto) (3/3)

Positivism is a humanism (A manifesto) (1/3)