The idea that the solution of Schrödinger’s equation is a wave that represents, not a physical wave, but the probability of finding the associated particle in some specific condition of motion has had great success. In fact, every experiment devised so far to test this interpretation has confirmed these results. Yet many scientists still find it hard to accept the idea that it is impossible to know exactly what any one particle is doing. 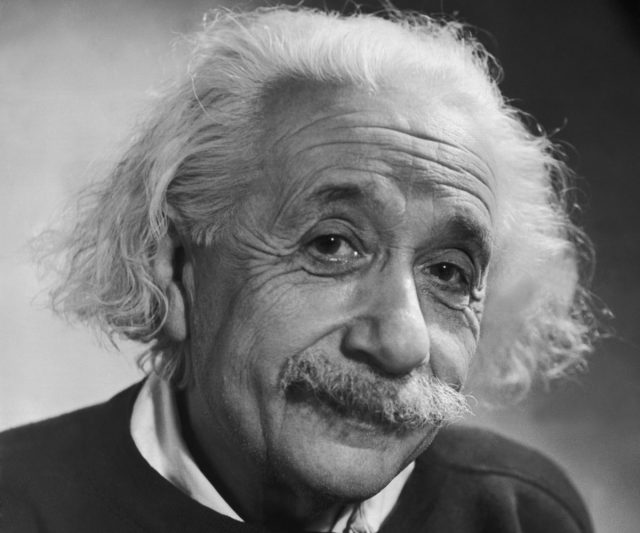 The most prominent of such disbelievers was Einstein. In a letter to his friend and colleague Max Born, written in 1926, he remarked:

The quantum mechanics is very imposing. But an inner voice tells me that it is still not the final truth. The theory yields much, but it hardly brings us nearer to the secret of the Old One. In any case, I am convinced that He does not play dice.

Thus, Einstein agreed with the usefulness and success of quantum mechanics, but he refused to accept probability-based laws as the final level of explanation in physics. The remark about not believing that God played dice (an expression he used many times later) expressed Einstein’s faith that more basic, deterministic laws are yet to be found. By this he meant that if all the conditions of an isolated system are known and the laws describing the interactions are known, then it should be possible to predict precisely, according to “strict causality,” what will happen next, without any need for probability.

Some scientists agreed with Einstein, but all scientists do agree that, as a theory, quantum mechanics does work in practice. It gives the right answers to many questions in physics; it unifies ideas and occurrences that were once unconnected; it has produced many new experiments and new concepts; and it has opened the door to many technological advances, from transistors, microprocessors, and superconductors, to lasers and the latest medical-imaging techniques.

On the other hand, there is still vigorous argument about the basic significance of quantum mechanics. It yields probability functions, not precise trajectories. Some scientists see in this aspect of the theory an important indication of the nature of the world. For other scientists, the same fact indicates that quantum mechanics is still incomplete. Some in this second group are trying to develop a more fundamental, nonstatistical theory. For such a theory, the present quantum mechanics is only a special case. As in other fields of physics, the greatest discoveries here may be those yet to be made.

Quantum correlations with no causal order