This article summarizes the work by Baker, Bloom and Davis (2016) 1 published in the last issue of the Quarterly Journal of Economics. 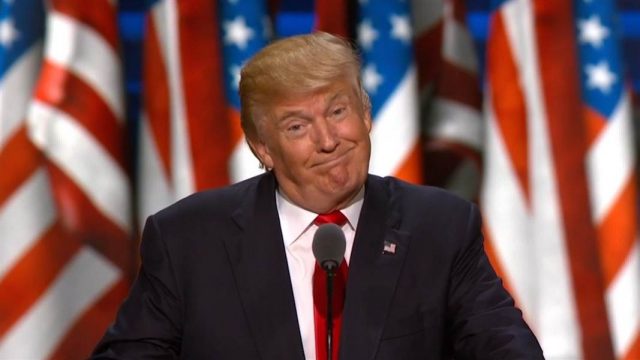 The economy does not like uncertainty. Or so goes a common saying among economic agents. In fact, economic analysis has formalized this idea at least since the theoretical works of Friedman (1968) 2 and Bernake (1983) 3. These and many other authors find detrimental economic effects of monetary, fiscal, and regulatory policy uncertainty on growth and investment. The source of uncertainty is not limited to government policies; the price of oil, the prospects of a war or political instability can also give firms an incentive to delay investment and hiring and also incentives to households to cut spending as a precautionary measure. When uncertainty recedes, these decisions are reversed. However, economic models, including the most modern ones, find negative effects, and links among fluctuations, policy uncertainty and stock market volatility, among other effects. The empirical literature in this issue is quiet recent, and typically focuses on one source of uncertainty and one economic consequence. For instance, Julio and Yook (2012) 4 find that investment falls around national elections, Durnev (2010) 5 finds that corporate investment becomes less responsive to stock prices in election years, Brogaard and Detzel (2015) 6 find that policy uncertainty reduces asset returns, and Handley and Limao (2015) 7 find that trade policy uncertainty delays firm entry.

Baker et al. (2016) [1] present a more ambitious work. First they develop an index of economic uncertainty that is not specific to one form of uncertainty, and then they provide evidence of how firm-level and aggregate outcomes evolve in the wake of policy uncertainty movements.

The economic policy uncertainty index (EPU) is constructed first for years 1985 and on, and for the USA. The authors measure the frequency with which groups of key words appear in newspapers (for instance, they look for articles that contain “economy”, “uncertainty” and one of the words “Congress”, “deficit” or any other key word). The index is extended back in time using the archives of six major newspapers. The index highlights the Gold Standard Act of 1900, the outbreak of major wars, the Versailles conference, the introduction of major new policies by presidents Hoover and Roosevelt, tight presidential elections, the 9/11 attacks and the 2011 debt ceiling dispute, among other events. The index also shows an upward drift since de 1960s. Using a similar methodology they also construct indexes for 11 other countries. Finally, the authors develop category-specific policy uncertainty indexes for the US by using more restrictive criteria like selecting “health”, “health care” and “hospital” as additional keywords to check for uncertainty in the health sector.

To check the robustness of the index, it is first contrasted against existing tests when applicable, and also against other measures of policy uncertainty. Also, they check that if the index is based on right-leaning or left-leaning newspapers the obtained differences are small. A final test is conducted by comparing the automated index with an index generated by human inspection of 12,000 randomly selected articles from major US newspapers. There is a high correlation between the two indexes, and the small discrepancies are uncorrelated with GDP growth and with the level of EPU.

In order to relate the index to economic performance, the authors follow both a micro and macro approach. The micro approach exploits firm-level differences to exposure to certain aspects of policy, mainly government purchases of goods and services, and uses data from the Federal Registry of Contracts and on government spending. The study shows that firms with greater exposure to government purchases experienced greater stock price volatility when policy uncertainty is high and reduced investment rates and employment growth when policy uncertainty rises. It also showed that greater stock price volatility and falls in investment and employment was correlated with heightened policy uncertainty, pointing towards evidence that the policy uncertainty (rather than general uncertainty) is the causal variable. Finally, it also finds that firms in the defense, health care, and financial sectors are especially responsive to their own category-specific EPU measures, confirming their information value.

One example of the magnitude of the estimated policy uncertainty relationship is the following. The EPU index rose 85.6 points (a big increase) from 2006 to 2012. For a firm that sells 25% of its output to the federal government the estimations imply a one-time investment drop of 0.68 percentage point, which is about one sixth of the median firm investment rate of 4.2%. It also implies a one-time drop in the annual employment growth rate of 4.6 percentage points, which is large relative to the mean annual growth rate of 3.4% for firms in the sample.

The macro approach uses standard econometric models that exploit time series variation of the index at the country level for 12 countries. The U.S. results indicate that a policy uncertainty innovation equivalent to the actual EPU increase from 2005–2006 to 2011–2012 foreshadows declines of about 6% in gross investment, 1.1% in industrial production, and 0.35% in employment. The 12-country panel econometric analysis yields similar results. The macroeconomic findings are in line with previous research that focused on more specific sources of uncertainty, like election uncertainty, and economic effects.

The authors consider three ways to interpret the econometric results: (i) An upward change of the index corresponds to an unforeseen policy uncertainty shock that causes the worsening of macroeconomic performance. (ii) An upward change of the index captures bad news about the economic outlook that is not fully captured by the other variables in the econometric models, and that bad news triggers a rise in the EPU index that has harmful effects on the economy. Under this interpretation, EPU amplifies and propagates a causal impulse that originates elsewhere. (iii) EPU has no role as either an impulse or a propagation mechanism; instead, it simply acts as a useful summary statistic for information missing from the other variables in the model. Because the third interpretation is hard to reconcile with the results in the micro approach, the authors propose that policy uncertainty has negative causal effects as in either the first or the second interpretations. It is also worth noting that the econometric results may understate the importance of policy uncertainty shocks as a driving force, even under the first interpretation, because other variables in the model may respond to news about future policy uncertainty shocks before they show up in the EPU measure.

Critical materials: The missing piece of the “green economy” puzzle