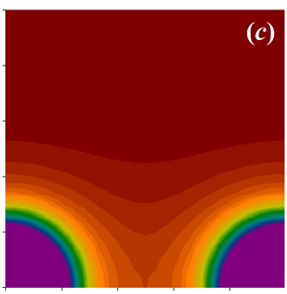 During World War II the Germans relied on their strong chemical knowledge to overcome the limited access to critical raw materials that the circumstances of the war itself imposed. One of these raw materials was Chilean saltpeter (sodium nitrate), which was the base for explosives. The solution was to use a chemical process designed to produce nitrogen based fertilizers, the Haber-Bosch process, and use it as an initial step for the production of nitrates.

The Haber-Bosch process, N2 + 3H2↔ 2NH3, is still the main industrial procedure for the production of ammonia today, and its economic importance is immense, apart from its dramatic and revolutionary impact in agriculture during the 20th century.

It was developed in 1908 by Fritz Haber and was developed for industrial use by Carl Bosch. The nitrogen is obtained from liquid air. Before WW2, hydrogen was from water gas and the water gas shift reaction. Now it is obtained by steam reforming of natural gas (methane). All these reactions depend on the interaction and dissociation of a polyatomic gas on a catalyst.

Actually, dissociative chemisorption, as it is called, of gas phase molecules on metal surfaces is the initial and often rate-limiting step in many heterogeneous catalysis processes. Thus, the great importance of an in-depth understanding of them.

There have been tremendous advances of our knowledge on dissociative chemisorption processes, particularly on mode specificity, namely the different efficacies of vibrational modes of an impinging polyatomic molecule in promoting the dissociation. And one consequence of these new knowledge is that, counterintuitively, dissociative chemisorption processes cannot be described with statistical models, but with quantum mechanical ones.

The generally successful quantum mechanical models used to describe these processes make use of the Born-Oppenheimer approximation, meaning that they assume that, when calculating the motions of electrons, atomic nuclei are in fixed positions. Given the large number of electrons in the metal and zero energy difference among the electronic levels, it should not come as a surprise that a complete separation (adiabacity) of the electronic and nuclear motions might not always be satisfied. In fact, there is ample evidence of nonadiabaticity in surface processes.

For dissociative chemisorption, the breakdown of the Born-Oppenheimer approximation could significantly affect the dynamics. For example, in the case there were electron-hole pairs (excitons) in the surface of the metal, part of the energy of the impinging molecule could be dissipated to them instead of being used in the bond cleavage.

Now, a team of researchers, including Maite Alducin, from CFM (CSIC-UPV/EHU ) and DIPC, report 1 the first explicit examination of the influence of nonadiabatic effects in the surface chemistry of polyatomic molecules, namely the dissociative chemisorption of water on Ni(111).

The breakdown of the Born-Oppenheimer approximation in the dissociative chemisorption dynamics, as mentioned, is considered by the researchers as the interaction of the impinging molecule with low-energy excitons in the metal. Such an interaction is approximately represented in classical molecular dynamics by a friction term.

Friction models have been successfully used to describe a wide range of nonadiabatic processes on surfaces. To simplify the calculations, the atoms in the molecule are treated as independent, something that has been recently shown to be accurate enough. A second approximation is used, as the atomic friction coefficients are computed considering that the embedding electron density at the atomic coordinate controls the magnitude of the friction.

The calculations show that that the nonadiabatic effects due to surface excitons are small and have little impact on the mode specificity of the dissociative chemisorption process of water.

However, important caveats of the model are worth noting. Despite the strong evidence that the independent atom approimation is a reasonable one, the complete neglect of the molecular nonadiabatic couplings is likely to introduce some errors. Something to be investigated in the future.