Gary Becker presented a first economic approach to criminal behavior. In a very standard neoclassical framework he studied this apparently non-economic problem. In particular, Becker assumed rational criminals responding to variables such as the probability of being caught, the severity of the punishment and the labor-market opportunity cost. After this seminal work, a large empirical literature has developed to test the degree to which potential offenders are deterred. This literature also considered theoretical novelties such as a dynamic perspective of the problem and the consideration of non-perfectly rational subjects, as suggested by behavioral economics. 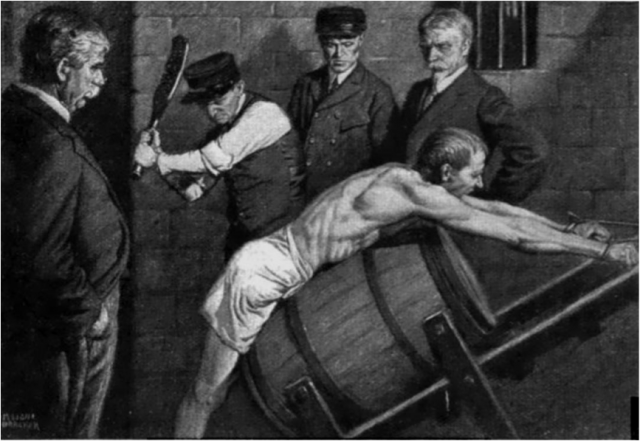 Chalfin and McCrary (2017) 1 examine this literature to find patterns, advance some conclusions and, perhaps, help with policy recommendations. The first thing the authors note is that papers fall into three general categories, corresponding to the three variables noticed above. The role of these variables can be seen as follows: let U(c1) be the utility associated with committing a crime and getting away with it, U(c2) the utility of committing a crime and getting caught, and U(nc) the utility of choosing not to commit a crime. Finally, let p be the probability of apprehension. Then, the individual with the opportunity to commit a crime will decide to do it if the following condition holds:

The three variables that affect deterrence are p, f and the outcome if no crime is committed (cn). The level of Y and the utility function U are exogenous to the deterrence policies. According to this model, an increase in p and an increase in f both imply a higher deterrence, as does a higher U(nc). Now, one interesting feature that can be studied in this model is whether individuals are more deterred by increases in p or f. Becker (1968) 2 shows that if individuals are risk averse (as are usually assumed) a percentage increase in f is more effective to deter crime than the same relative increase in p, a conclusion that is at odds with contemporaneous views of judges.

A recent model in Lee and McCray (2017) 3 introduces a dynamic factor. If the punishment after being caught is a number of years in jail, then the severity of the punishment is measured in years and not as a lost in income, like before. The important of this added feature in the model is that crime is also reduced by increases in sentence lengths, and this behavioral mechanism is modulated by time preferences. In particular, impatient individuals show much more responsiveness to the probability of capture than to the length of the sentence.

Another important aspect to take into account is the difference between real and perceived risks. Individuals react to perceived risk, so it is important to understand how this perception is formed. In general, there is little evidence of any correlations between perceived and actual risks, with the best evidence of some accurate perception coming from young active offenders. The literature has also tended to find robust evidence that risk perceptions are sensitive to actual experience (people that have been arrested or have acquaintances that have been arrested). The general public, along with less frequent offenders, tend to overestimate their arrest risk and adjust their risk perceptions downward as they offend and recognize that the risk of apprehension is lower than they previously believed.

All these appreciations and more are important at the time of analyzing and interpreting the empirical data. Three key conclusions can be established after reviewing the literature. In the authors’ words:

“First, there is robust evidence that crime responds to increases in police manpower and to many varieties of police redeployments. With respect to manpower, our best guess is that the elasticity of violent crime and property crime with respect to police are approximately −0.4 and −0.2, respectively. The degree to which these effects can be attributed to deterrence as opposed to incapacitation remains an open question, though analyses of arrest rates suggests a role for deterrence (Levitt 1998, 4 and Owens 2013 5). With respect to deployments, experimental research on hot-spots policing and focused deterrence efforts have, in some cases, led to remarkably large decreases in offending, a fact that may be attributable to the visibility of such policies.

Second, while the evidence in favor of a crime–sanction link generally favors relatively small deterrence effects, there does appear to be some evidence of more meaningful deterrence induced by policies that target specific offenders with sentence enhancements. This is seen in the effect of California’s three-strikes law on the behavior of offenders with two strikes (see Hellandand and Tabarrok 2007 6), and in the behavior of pardoned Italian offenders (Drago et al. 2009 7). On the other hand, while the elasticity of crime with respect to sentence lengths appears to be large in the Italian case, it is quite small in the California case.

Finally, there is fairly strong evidence, in general, of a link between local labor-market conditions, proxied using the unemployment rate or the wage, on crime. While these effects are unlikely to be appreciably contaminated by incapacitation effects, they may reflect behavioral responses aside from deterrence. Moreover, it is not clear that supplying employment deters offending among the most criminally productive individuals.”

The work ends with some reflections on how to produce theoretical models that take into account the empirical literature. The most important aspect is about the hypothesis that explain best why crime is more responsive to p rather than to f. A first explanation is the one outlined above, with punishments that take time to be effective (from the moment the offense in done to the time of the punishment), and also are extended along a period of time (like years in prison). Besides being impatient, there are alternative models of time preferences that lead to a higher responsiveness to p, like preferences hyperbolic discount, as shown in the behavioral economics literature. In addition to the legal punishment, apprehended offenders suffer social stigma. As individuals accumulate a longer criminal record, the stigma from being labeled a “criminal” may lose its effectiveness and thus no longer represent an important component of the cost of committing a crime. Hence, to the extent that a large proportion of crime is committed by repeat offenders, crime should be more sensitive to the probability of apprehension than to the severity of sanction, because repeat offenders have already paid the informal costs associated with being labeled a criminal. A final extension that merits discussion can be found in Durlauf and Nagin (2011, 8), and follows from the tendency of individuals to overestimate the likelihood of rare events. In a world in which the perceived probability of detection is very low, even small changes in that perceived probability can have large effects, thus potentially rationalizing large behavioral responses to hot-spots policing and deterrence advertising.

Can we use mathematics to prevent crime?