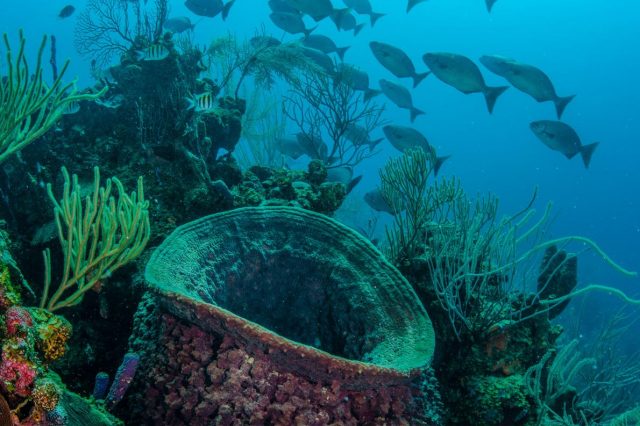 Sponges and algae appear to be taking over reefs from coral in the Caribbean. Fewer predators due to overfishing and coral bleaching are spurring the growth of sponges, which have developed a nutritional relationship with the algae.

Puerto Rico’s Arecibo Observatory captured images of the 3200 Phaethon asteroid as it passed within 0.3 million kilometers of Earth on Dec. 16. Scientists learned a little bit more about the size and shape of the asteroid, which will fly close to Earth again in December 2093.

Complex structures in the foreheads of finless porpoises help them focus their echolocation signals to track any obstacles, predators or prey at great distances and with maximum efficiency.

The speed of a planet’s spin may be increased over time by the presence of life and its effect on the atmosphere. “It is surprising, but Earth’s atmosphere is about 50 trillion metric tons in mass, and so over long enough timescales — hundreds, thousands, even millions of years — all of that mass, and its drag across the surface of the planet, can have an effect,” said Caleb Scharf, author of the study.

Trove of ancient tools may offer clues about early hominins

The discovery of a cache of stone tools in Saudi Arabia may help researchers chart the migration of ancient hominins from Africa. Researchers hope to learn more about the hominins by more accurately dating the tools, which are believed to be between 1.76 million and 100,000 years old.