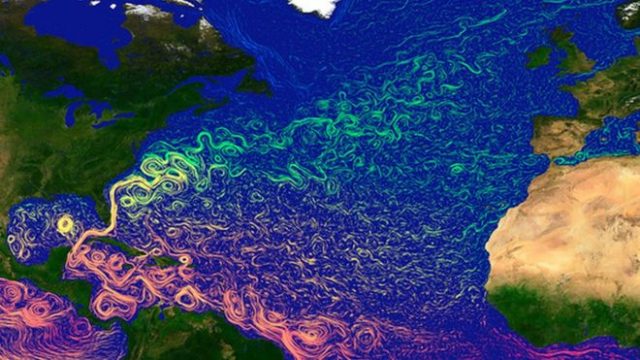 The slowing of the Gulf Stream could lead to higher temperatures around the world. Researchers examined the Atlantic Meridional Overturning Circulation over the past seven decades and noted patterns that suggest Earth could be experiencing a similar warming period as it did from 1975 to 1998.

Scientists at the New York Stem Cell Foundation Research Institute have developed a process called Segmental Additive Tissue Engineering, in which personalized bone grafts are engineered from stem cells. The technique may eventually be used to heal bone injuries caused by osteoporosis, osteonecrosis, cancer, trauma and other conditions.

HaloSat has begun its mission to map the gas encircling the Milky Way, and it may help find matter that scientists say is missing from the universe. The tiny satellite will measure X-rays produced by the extremely hot gas to determine the shape of the galaxy’s halo, which could indicate whether it is hiding any of the missing matter.

Moving to deep-water habitat too hard for shallow reef creatures

Many creatures that inhabit endangered shallow reefs likely won’t find refuge in deep-water, or mesophotic reefs, because they would have difficulty adapting to the colder, darker conditions. Researchers say that mesophotic reefs also face similar ecological threats as shallow ones.

A 76 million-year-old spiked dinosaur skull found in Utah belongs to a new species of ankylosaur. The herbivore is likely descended from dinosaurs that came to North America from Asia at a time of low sea levels, researchers say.