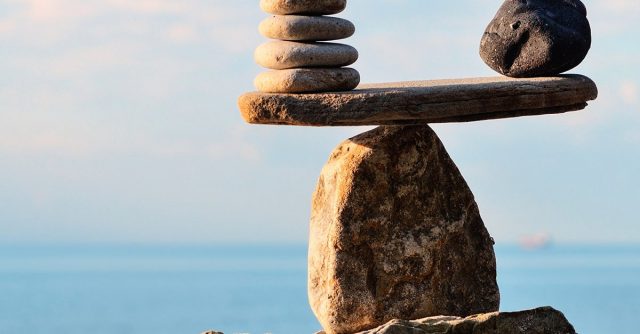 Very frequently, economic analysis must compare future and present magnitudes. Say that under policy A, the stream of payoffs for today and next year is (10, 10), while under policy B it is (13, 6). The total of payoff is higher under A, but policy B results in higher payoffs sooner. If later payoffs are equally valued than earlier ones, policy A is better, but if earlier payoffs are preferred, then policy B is more advisable if the preferences for earlier payoffs are sufficiently strong. The most standard tool to deal with these issues is the discount factor. For instance, a discount factor of 0.9 means that one unit (of utility, money or whatever magnitude we are measuring) next year is worth 0.9 units today. If we apply this discount factor in our example, policy A gives the value 10+0.9×10 = 19, while policy B gives 13+0.9×6 = 18.4, and policy A should be chosen. Notice that if we lower the discount factor to 0.7, then policy B is the preferred one (10+0.7×10 = 17 vs. 13+0.7×6 = 17.2.) Payoffs streams of more than two periods can also be valued, multiplying every future payoff by the discount factor as many times as the number of years the payoff is delayed in the future.

Discount factors satisfy an important coherence property, in the sense that the decisions implied by them are temporally consistent. For instance, if the stream of payoffs (10, 10) is now preferred to (13, 6) when the times for reception of the payoffs are today and next year, then it should also be preferred if we have to make the decision now but the payoffs are received in 20 and 21 years from now. Empirical and experimental evidence suggests that we are usually far from showing this kind of consistency, with the consequence that in the future we may regret having made some decisions in the past (here we presented an example, and its policy implications.) If we do not want this kind of regrets to occur in long term societal policy choices, like the ones related with climate change, we may insist that policy makers are consistent even if we personally are not.

In a recent article published in Econometrica, Chambers and Echenique (2018) 1 consider the case where a government actor needs to choose a policy with long-lasting, intergenerational consequences, and consults with a council of experts, each of whom uses a different discount rate for evaluating intertemporal tradeoffs. As a result, they offer different policy recommendations. How should the government use this information? To address this question, the authors consider different properties one may find desirable depending of the circumstances, and link these properties with different ways of choosing a discount rate after the experts’ advise.

One possibility is to take a weighted average of the different discount factors, what the authors call the utilitarian rule, as suggested by Weitzman (2001) 2 for the problem of climate change. Another possibility is to use the maxmin rule, by which each policy is evaluated by the criterium of the expert that values it the least, leading to a very conservative guide. Both rules have the property that, whenever all experts rank policy A over B, the rule likewise ranks A over B. This property is acceptable if one believes that the government should not contravene a unanimous expert recommendation. This property is called D-monotonicity, or D-MON, (the monotonicity part is quite obvious, while the D indicates that the property is referred to the set D of discount factors used by the particular set of experts advising the government.)

There are more properties one may be interested in. Each one has a precise, rigorous mathematical definition, but here we present just an informal explanation:

Co-cardinality (COC): it states that we can compare the effects of a policy on different generations (i.e., their respective payoffs or utilities are measured in the same units, and the comparison does not change depending on which units are used to make measurements.) Without co-cardinality there is no hope to have a meaningful discussion of fairness (Sen, 1970) 3.

Invariance to stationary relabeling (ISTAT): this property can be better understood with an example. If the stream (0, 4, 4, 0, -1, …) is regarded as having the same value as the stream (1, 1, 1, 1, 1, …), then the stream (1, 0, 4, 4, 0, -1, …) must also be considered equivalent (notice that the third stream first gives the payoff in the constant stream and, then, follows the order of the payoffs in the first stream.) More than a fairness axiom, ISTAT is an axiom on the consistency of decisions.

In addition, the authors also consider two technical properties: continuity (CONT), that requires that very similar streams be evaluated also similarly, and compensation (COMP), by which there is never a generation beyond which we cease to care about the future.

The choice between utilitarianism and maxmin amounts to choosing between degrees of fairness. Utilitarianism relies on ruling out certain intergenerational comparisons of utility (IOU), comparisons that lie behind fairness considerations. In contrast, maxmin allows for such comparisons, and relies on a stronger notion of intergenerational fairness (ISTAT). The axioms express basic criteria for how the welfare of different generations are to be compared, and for a degree of intergenerational fairness. Our government actor can decide on which combination of axioms she agrees with, and thus decide on a rule for aggregating experts’ recommendations.