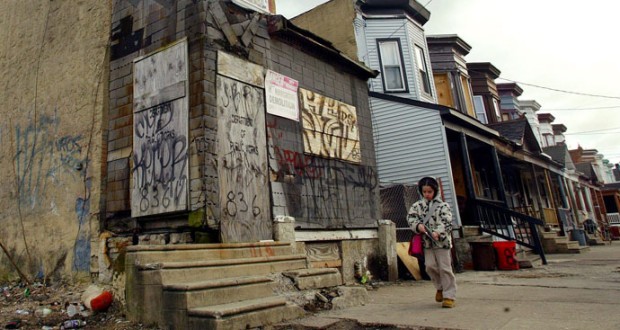 The last issue of the American Economic Review contains three articles on the performance of three different policies to fight poverty. Chetty et al. (2016) 1 study a program in which families where moved from high-poverty neighborhoods to low-poverty ones, Hoynes et al. (2016) 2 examine Food Stamp programs, and Aizer et al. (2016) 3 concentrate on cash transfers to poor families. The articles have in common that they concentrate on the long time effect of this kind of policies on the health and economy conditions of children of the benefited families.

Each one of these policies corresponds to different sound ways to deal with poverty according to the standard economic analysis. In principle, and unless there is a reason to think otherwise, cash transfers are the best theoretical way, as they do not distort prices and, therefore, decisions in other markets. Food Stamp programs can be optimal or, at least, a second best solution, if for instance the head of the family receiving the cash does not take fully into consideration the well-being of the rest of the family. Finally, the change in location can solve a problem of negative externalities. Here I present a summary of the three articles as explained by the own authors.

Chetty et al. (2016) study the consequences of the Moving to Opportunity (MTO) experiment, which offered randomly selected families housing vouchers to move from high-poverty housing to lower-poverty neighborhoods. The experiment was conducted between 1994 and 1998 in five large US cities, and included 4,604 families, who were randomly assigned to one of three groups: an experimental voucher group that was offered a subsidized housing voucher that came with a requirement to move to a census tract with a poverty rate below 10 percent, a second voucher group that was offered a standard subsidized housing voucher with no additional contingencies, and a control group that was not offered a voucher (but retained access to public housing).

Previous research on this experiment showed improvements in health and safety indicators, but not on earnings or employment of adults and older youth. The authors revisit the MTO experiment and concentrate on its long-term impacts on children who where young when their families moved to better neighborhoods, an effect that could not have been studied before for the obvious reason that the children were not old enough to be in the adult job market. They test two hypotheses: (i) long-term economic outcomes of these children improves and (ii) the gains decline with the child’s age at the time of moving. The results confirm both hypotheses. In particular, the authors estimate that moving a child out of public housing to a low-poverty area when young (at age eight on average) using an MTO-type experimental voucher will increase the child’s total lifetime earnings by about

Hoynes et al. (2016) evaluate whether increasing the family’s economic resources via Food Stamp Programs (FSP) when a child is in utero and during childhood improves later life health and economic outcomes. This article adds to the literature that studies the same effects for other policies like early childhood education, Medicaid, and the like. However, although the FSP touches more families than about any other program we know little about its effects. The authors consider a sample of adults born between 1956 and 1981 who grew up in disadvantaged families and employ a difference-in-differences model where the treatment varies by county of birth and birth cohort, and include adequate controls.

The study finds that access to the FSP in utero and in early childhood leads to a large and statistically significant reduction in the incidence of “metabolic syndrome” (a cluster of conditions including obesity, high blood pressure, heart disease, and diabetes) as well as an increase in reporting to be in good health. They also find for women that access to food stamps in early childhood leads to an increase in economic self-sufficiency. The results are robust to adding a rich set of county controls (possible confounders), and event-study models further support the validity of the research design. Further, they find important results concerning the timing of exposure, as the beneficial impacts of food stamps are concentrated in exposure during the period ranging from in utero through early childhood, with limited additional impacts after that time frame.

The study not only makes a contribution by establishing a link between increased economic resources in childhood and long-run health and economic outcomes, but also can speak to the “program evaluation” of the FSP by quantifying aspects of long-term internal and external benefits of the safety net that have not previously been measured. The work shows that the FSP generates larger private and social benefits when taking into account the “multiplier effect” on later life outcomes.

Aizer et al. (2016) analyze data from the Mothers’ Pension program (1911-1935), which had the intent to improve the condition of poor children, and whose performance cannot be contaminated by other policies that were inexistent at the time (in more modern programs, the mother could also be eligible to receive aid from the Food Stamp program, Medicaid, housing assistance, among others). The data contain information on thousand of mothers who applied for the program. On the one hand the data include those mothers who were eligible and got transfers that represented 12-15 percent of family income during three years, and mothers who were initially deemed eligible, but were rejected upon further investigation. Once it can be established that the differences between the two groups can be traced to observable characteristics, so that the econometric analysis may control for them, the rejected group is used as a control.

In all they collect information on over 16,000 boys from 11 states born between 1900 and 1925, and find that receiving cash transfers increased longevity by about 1 year, with a greater effect of 1.5 years for the poorest families. Using records on WWII enlistments and 1940 census records the results suggest that cash transfers reduced the probability of being underweight by half, increased educational attainment by 0.34 years, and increased income in early adulthood by 14 percent (all three measures associated with mortality by independent studies). The authors cannot provide an analysis for girls, as their track is lost for most of them when they change their names after marriage. Also, they cannot provide a separate analysis for African-Americans as they are not well represented in the sample.

In sum, these articles show that the three anti-poverty policies work in the right direction when it comes to change for the better the long-term well being of the children. There is still the question of efficiency, in the sense of finding which kind of policy provides the best results with the fewest resources. Nevertheless, these studies help to orient public policy and show future researches which policies to consider for efficiency testing.

How to choose a discount rate for long term public policies

Life in a slum: opportunity or poverty trap?

When should a man be more interested in caring for his sister’s children than his wife’s?