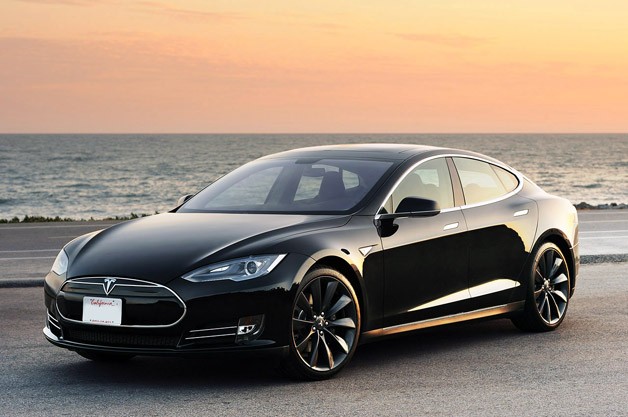 Competitive markets are efficient under a number of conditions. One is that the consumption or production of the commodity to be traded must not cause externalities. For instance, consider a group of firms polluting the atmosphere or the waters of a nearby river. The individual behavior is typically not sufficient to keep the pollution level below a safe minimum. The amount of pollution depends mostly on what the others do, and the good behavior of one clean firm benefits mostly others. Thus, if one adopts a clean technology, it pays all the cost of being clean, but enjoys only part of the benefits.

A Pigouvian tax can fix this situation 1. By requiring that each one pays the social cost of their pollution, the individual decisions would be optimal. Those firms that find it very expensive to avoid polluting (because they produce goods highly demanded for which there are no cheap, clean alternatives) will pollute and pay the tax, while other firms will switch to cleaner productions. Similarly, consumers will shift their demands from the more expensive goods to cheaper (because they are cleaner and do not pay the tax) alternatives.

This also happens when, for instance, a consumer has to choose between an expensive, fuel-efficient car and a cheap, inefficient one. A regulation that sets a standard and requires all cars to be fuel efficient may not be optimal: a consumer that plans to use the car every day could opt to buy the expensive car, while the same rational consumer should buy the cheap one if she only wants it for an occasional use. A Pigouvian tax will allow consumers to adopt the best solution.

However, when confronting actual choices and uses of durable goods that consume energy, researches find some inconsistencies in the consumers’ behavior, as reported in the studies reviewed in Frederick et al. (2002) 2 and in Carson and Tran (2009)3. In particular, the individual discount factors that would make sense of the observed consumption patterns are too low, as if individuals did not care much for the future. One way to reconcile observed behavior with higher discount rates requires agents to have time preferences that exhibit hyperbolic, rather than exponential, discounting (see Loewenstein and Prelec, 1992 4 for instance). Hyperbolic discount is 1/(1+rt) , where now the term rt increases with time, and thus the discount factor may be high today, but decreasing over time.

There are two related problems with this approach. One is that hyperbolic discount is not time consistent. The other is that this implies that welfare analysis may be meaningless. The first problem can be illustrated with a simple example: if a choice is given between 10 euros today and 11 euros tomorrow, a person may choose the money today. If this same person prefers 11 euros 366 days from now rather than 10 euros 365 days from now, he will be exhibiting a time inconsistency, as when 365 days pass by he will reverse his preferences and would prefer the money at that moment without having to wait one more day.

The other problem is even more important. Whenever preferences change as in the example we have to face the problem of which preferences to use when estimating the welfare implications of a given policy. What if the policy makes the individual better off under one preference ordering, but worse off under the other? One individual with two inconsistent preferences may be seen as two selves of the same person, where the first self always gives in to temptation, an act that is regretted by the later self. Which one of the two should be given the preeminence in the analysis? In some cases, like in the evaluation of standard based energy saving policies, one is tempted to naturally assume that the preferences of the future self should be considered, while in the evaluation of drugs related policies, the preferences of the presently non-addicted self are the ones to be protected. Indeed some studies like Heutel (2011) 5 follow this approach to study energy efficiency standards, and instrument that can be used to achieve a second best solution (the first best would require not to impose the same standards on all individuals.)

Gul and Pesendorfer (2001) 6 present a more general model that allows for the possibility that individuals will resist temptation (albeit at a cost). In their model the presence of an alternative y in the choice set may reduce the utility from another alternative x. Thus the utility of x may be greater than the utility of y if y is not present and, at the same time, lower or greater (depending on the cost to resist temptation) if y is present. The authors show that these preferences are time consistent and that can be modeled with a separable utility function.

Tsvetanov and Segerson (2013) 7 apply this last model to evaluate policies used to improve energy efficiency, like the use of standards, Pigouvian taxes and product subsidies or taxes. They show that, when the government knows the distribution of types (intensive and occasional users of energy consuming durable goods), a suitable mix of standards setting and Pigouvian taxes is better that the Pigouvian tax alone. These two instruments are shown to be complementary rather than substitutes of each other.

In contrast to the hyperbolic preferences, agents with Gul and Pesendorfer preferences do not have different “selves” at different times. Rather, at each point in time individuals choose among alternatives, recognizing that they will incur disutility (i.e., self-control costs) if they resist temptation. This yields a set of time-consistent preferences in the presence of temptation that allows for both succumbing to and resisting temptation as possible choice outcomes. In the absence of temptation, a standard alone or in combination with a Pigovian tax is welfare-reducing, while for strong enough temptation the standard dominates the tax. For intermediate values, the mixed policy dominates both (Figure 1).

This work is interesting not only because it clarifies the role that different policies can play in dealing with negative externalities, but because it shows the promises and limitations of the new behavioral approaches in Economics. Standards can be seen as paternalistic instruments justified because the consumer is not fully rational, but nevertheless its use is supported by Behavioral Economics. However, this work is theoretical and still needs empirical validation, not just in showing the benefits of the mixed policy, but in showing that the underlying model by Gul and Pesendorfer is indeed closer to consumer behavior than the hyperbolic discount models.

How to choose a discount rate for long term public policies