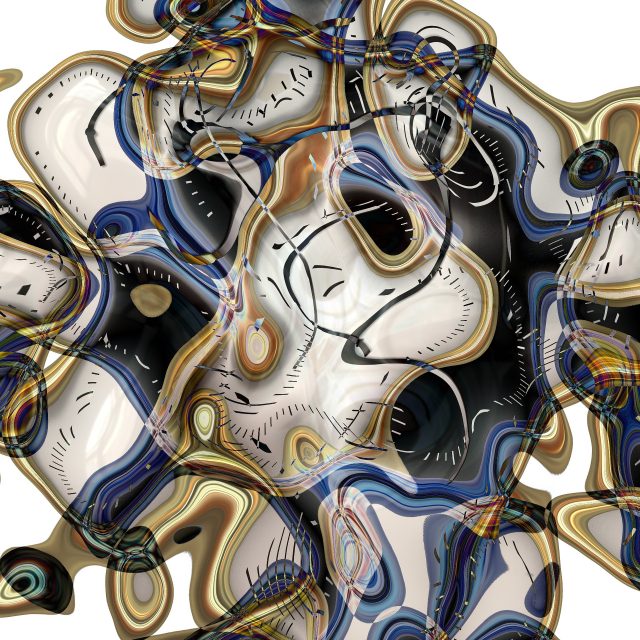 Einstein’s Theory of Relativity 1 introduced us to the concept of Spacetime, as a unified entity. This stands in contrast with the intuition that we develop since birth, which leads to naturally separate space and time.

Human intuition is a way to understand how the world works, our brain processes our daily experiences coming to general conclusions. Science is a way to delve deeper by examining extreme situations that go beyond what the daily experience can give to human beings. It is important to tell the difference between the two, and a good illustration of why is the well-known problem of the hammer and the feather’s fall.

On a daily basis, we see that heavy objects fall faster than light objects, and naturally, that leads to an association: the heavier an object is, the faster it is pulled by gravity. However, when this observation is done in vacuum – an extreme situation not reachable to humans – what we see is them falling at exactly the same speed. And further examination introduces a new concept: the air’s pressure below the object, which becomes the one responsible for the difference on their speeds.

This is just one example of how precise measurements can lead to new conclusions. And within this context, the increased technological precision of the XX century allowed to prove, through direct observation, that there will always be disagreement about the time passed between events. Any events, this is a generic result observed in any physics experiment that allows for great precision in the measurement of time intervals.

And not just time – generically speaking, observers who move with respect to each other will not agree on the distance between events either. They do not even agree on the chronological order of all events.

It is important to note that the disagreement does not imply any experimental error: both observers are able to measure things properly and build, from their perspective, an entirely consistent record of the measured events. Neither of them is wrong.

The extreme situations in these cases involve motion at extremely high speeds, or microscopic disagreements. Still, the conclusions are solid and put into question our basic understanding of reality.

The observations mentioned above can be very puzzling, especially because of the disagreement about the chronological sequence of events, which implies that someone’s past can be in someone else’s future. This means that there is no universal division of events between past, present and future. Reactions to this idea can go from rejection – something must be wrong – to drawing outlandish conclusions – time must be an illusion.

The key to understand this problem is to focus not on what observers disagree on, but to rather focus on what all observers always agree upon. As it turns out, there exists a measurable quantity, a particular combination that involves space and time. As stated above, observers generically disagree on the distance between events and on the time passed between them, however, they agree on the subtraction of the squared distance minus the squared time (in appropriate units). This is called the “spacetime interval” 2.

This quantity resembles the relation between the long side of a right triangle and its two shorter sides. But the specific geometric definition is not the point here. The point is the physical interpretation of this quantity: depending on whether it evaluates to a positive or negative number, the nature of the observed events is different .

When it is positive,

1) Nothing can get from one event to the other, since the distance is always too large compared to the time.

2) There are always observers that disagree about the chronological order.

Whereas when it is zero or negative,

1) Signals can travel from one event to the other.

2) There is never a disagreement about the chronological sequence.

The possibility of signals travelling from one event to another has all to do with whether there is a causal relation between these events. Thus, the spacetime interval is directly related to their cause-consequence relation, which allows us to get a new intuition 3. Now we know that space and time separated are not objective reality, but we obtain something else which is objective instead: Even though we cannot agree on past, present, future, time or distance… We all seem to agree about causality.

This places causality in a higher role than that of time. We naturally conceive reality as what happens on a stage we call space as it evolves in time, and daily intuition has taught us that the passage of time gives rise to causal relations. But in actuality, it must be the other way around: the existence of causal relations gives rise to our experience of time.

Let us go back to the geometric form of the spacetime interval. Minkowski 4 realized its resemblance to the Pythagorean relation of triangles, and led him to propose that reality is not based on a three-dimensional space evolving in time, but on a four-dimensional space with no time evolution – just causal relations. This revolutionary idea is the basis of our modern understanding of Special Relativity 5.

Embracing this idea requires a shift in our mentality. This is to fundamentally view the History of the Universe as a list of events, which are connected to each other through relations of cause and consequence. On a second step, when building these connections, one can place them in a map, and this map gives rise to spacetime. Each point in the map corresponds to one event of the original list. Then, cause-consequence relations between events are objectively real, and they correspond to spacetime intervals.

And in such context, a human being is a four dimensional entity in spacetime. Your body extends vertically from head to feet, horizontally from left to right, transversely from chest to back, and temporally from birth to death.

This is the new intuition about reality that we acquire from focusing on that which all observers agree on. But the disagreements and the contrast with our daily intuition of space and time is still there. However, there is a way to visualize why the separation between space and time is subjective to each observer, to understand why we perceive them as such different things, and to build a match with the four-dimensional picture presented here.

We leave that for the next entry in this series. For now, this is what spacetime is all about.

The Road to Quantum Gravity (2): The emergence of Space and Time

The dawn of the quantum network: quantum interference over 300 km of optical fiber