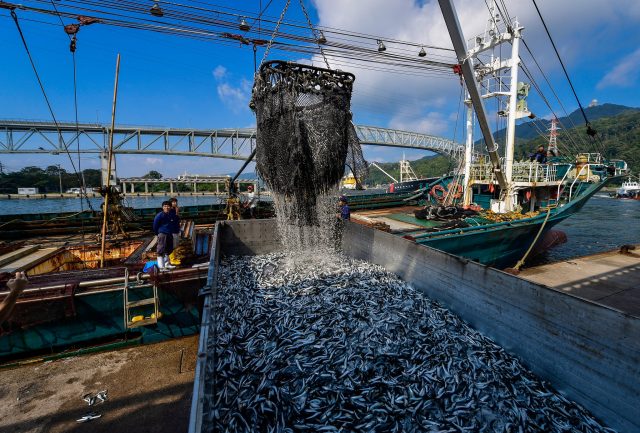 Warming ocean temperatures due to climate change helped reduce the amount of seafood that could be sustainably caught between 1930 and 2010 by 4.1% worldwide. In some regions, such as the Sea of Japan and the northeast Atlantic, the decline is more dramatic — as much as 35%, researchers say.

Researchers are gaining insights about brain activity from the way Alston’s singing mice, found in cloud forests in Costa Rica, croon with each another in quick, coordinated duets. Two brain systems are involved in the mouse duets, with one managing the note patterns and one synchronizing the duet with the other mouse.

Quarks in correlated pairs within atoms may explain EMC mystery

About 20% of protons and neutrons overlap each other inside an atom’s nucleus in what are called correlated pairs, changing the behavior and structure of their quarks and resulting in large amounts of energy moving through the smaller particles. Researchers say this explains the long-standing mystery of the EMC effect, named after the European Muon Collaboration.

Novel gene therapy to be evaluated as Alzheimer’s treatment

Researchers will examine whether a breakthrough gene therapy with large doses of the low-risk APOE2 gene can slow neurodegeneration in individuals with the APOE4 gene, which is most strongly associated with Alzheimer’s disease risk. If the study, which begins in May, is successful, the gene therapy could prompt the development of new approaches to prevent Alzheimer’s.