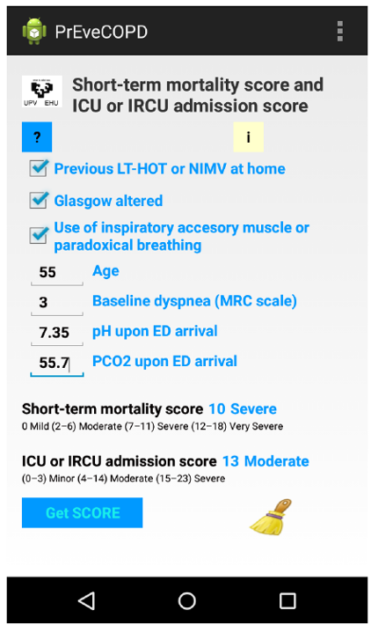 Chronic obstructive pulmonary disease (COPD) is persistent narrowing (blocking, or obstruction) of the airways occurring with emphysema, chronic obstructive bronchitis, or both disorders. Worldwide, the number of people with COPD is increasing. Factors contributing to COPD include an increase in smoking in many developing countries and, throughout the world, exposure to toxins in biomass fuels such as wood and grasses. Death rates may be increasing in developing countries. By 2030, COPD is projected to become the third leading cause of death worldwide.

COPD leads to a persistent decrease in the rate of airflow from the lungs when the person breathes out (exhales), which is called chronic airflow obstruction. COPD includes the diagnoses of chronic obstructive bronchitis and emphysema and many people have both disorders.

Exacerbations (or flare-ups) of COPD (eCOPD) contribute to a worsening of the disease and patient´s evolution. Symptoms become more serious, especially cough, increased sputum, and shortness of breath. Sputum color often changes to yellow or green, and fever and body aches sometimes occur. Shortness of breath may be present when the person is at rest and may be severe enough to require hospitalization. Severe air pollution, common allergens, and viral or bacterial infections may cause flare-ups.

During severe flare-ups, people may develop a life-threatening condition called acute respiratory failure. Among the possible symptoms are severe shortness of breath (a feeling likened to being drowned), severe anxiety, sweating, cyanosis, and confusion.

But gauging eCOPD evolution in an emergency is, currently, more art than science as emergency room (ER) physicians must rely largely on their experience and the patient’s personal criteria to gauge how an eCOPD will evolve. Clinical prediction rules that could help predict eCOPD evolution in daily clinical practice would allow ER physicians to make better informed decisions about treatment. The translation of clinical prediction rules into easy to use computer tools would certainly enhance the use of these models for real.

Now, a team of researchers, including Inmaculada Arostegui (UPV/EHU & BCAM), has created 1 a computer application to predict various outcomes related to adverse events of short-term evolution in eCOPD patients attending an ER based on valid and reliable clinical prediction rules. 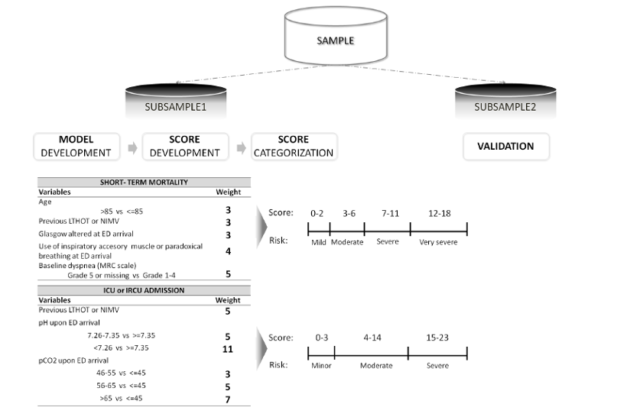 The result is a tool called PrEveCOPD (Prediction of Evolution of patients with eCOPD) for the prediction of two outcomes: 1) mortality during hospital admission or within a week after the ER visit; and 2) admission to an intensive care unit (ICU) or an intermediate respiratory care unit (IRCU) during the eCOPD episode. PrEveCOPD implements the prediction models previously developed and validated for two relevant adverse events in the short-term evolution of patients with eCOPD.

An app was developed for Windows and Android systems and it can be used locally or remotely as a web application. English and Spanish versions are already available for downloading and installing in a computer, as a mobile app or to be used remotely via the Internet.

The PrEveCOPD app shows how clinical prediction rules can be summarized into simple and easy to use tools that allow the estimation of the risk of short-term mortality and ICU or IRCU admission for patients with eCOPD. The app can guide clinicians to a solid stratification of patients attending the ER with eCOPD.