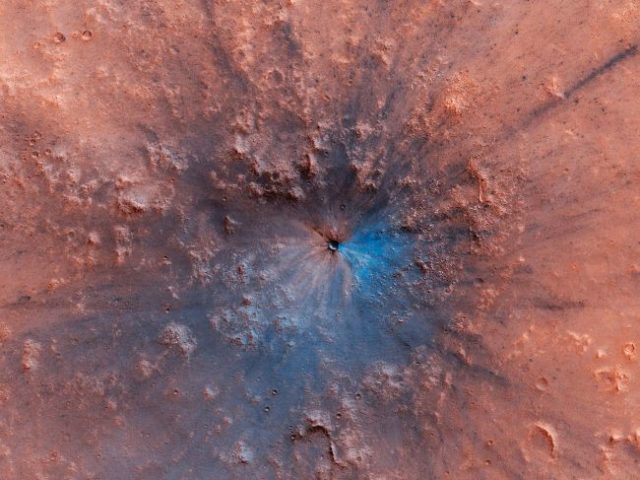 The Mars Reconnaissance Orbiter has observed a fresh crater on the Red Planet, NASA officials say. The space agency released an image that shows a hole gouged on the planet’s surface, made sometime between September 2016 and February of this year.

Some Scottish loch islands, known as crannogs, were created about 5,500 years ago by humans. “These crannogs represent a monumental effort made thousands of years ago to build mini-islands by piling up … rocks on the loch bed,” says study author Fraser Sturt.

Separate studies of bats and mice show that brain activity syncs up between creatures of the same kind when they are in proximity to each other, but that coordinated brain activity ends when the animals are separated. Researchers say the coordinated activity might underlie social behaviors, such as grooming.

Limb growth in cuttlefish and other cephalopods is directed by the same genes from which human limbs are developed, according to findings published in eLife. The study suggests limb growth in a number of animals may have evolved from a shared ancestor.