Autism spectrum disorders (ASD) have among their diagnostic characteristics problems for communication and social interaction. The typical example is the difficulty to understand the facial expressions or the body language of other people, but in addition to these aspects mediated by the visual system there may be other senses affected and, in fact, it has recently been seen that the interpretation of chemical signals is affected. Persons with ASD (pASD) react differently to the odors produced by the human body. 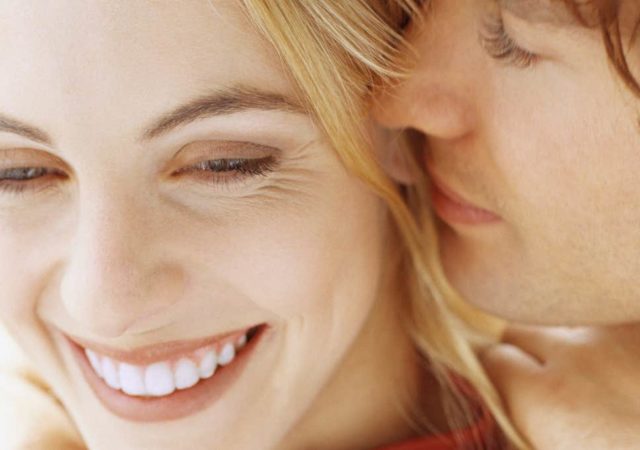 Terrestrial mammals rely on smell to know the emotions of other individuals of the same species. The social chemosignals of human beings carry varied information about the person who issues them, including his age, state of health, level of aggression, state of happiness or fear and they can act subliminally to influence brain activity, hormonal status, selection of partners, sexual awareness, the bond with children and the general psychological and emotional state.

A group of researchers from the Weizmann Institute in Israel has considered that the pASD may have altered the system of interpretation of chemical signals used for social communication 1. Endevelt-Shapira and her collaborators thought that living without these signals, which they called “social anosmia”, could be a disadvantage but, in their opinion, with limited effects, since visual and auditory information can more than compensate for the loss of the chemical information. However, living with these distorted signals instead of without them, something they called “social dysosmia,” could be devastating. The hypothesis of the group is that a part of the abnormal reading of emotions by pASD may be due to social dysosmia.

Although smell is not the dominant sense in human beings as it is in many other species of mammals, we detect subliminally and react to certain odors, such as the smell of fear. The Israeli research team conducted a series of experiments with volunteers with high-functioning ASD, on the most favorable side of the spectrum. First, they checked the skills of participants with ASD and controls to identify odors, such as sweat and saw that there were no differences between normotypical people (pNT) and people with ASD (pASD) at the time of explicit detection and perception of social chemosignals. That is, the sense of smell worked when detecting these chemosignals. Humans constantly and subliminally track the body odor of other people. A typical mechanism that we are not usually aware of is to smell our hand after shaking it with a stranger. After observing 18 men with ASD, the researchers saw that this sniffing of the hand itself was twice as common in people with ASD as in the normotypic ones and the duration of each episode quadrupled in the pASD compared to what happened in pNT. Assuming that smelling one’s own hand after shaking it with someone is a way of exploring another person’s body odor, the researchers then did an experiment to see if they could identify the different smell using two samples from one person and a third from another. There were no differences between pNT and pASD.

Fourth, the researchers collected sweat from eight men who participated in skydiving classes (smell of fear) and the sweat of eight other male volunteers who walked in a state of calm (control odor). Cortisol levels were significantly higher in the skydivers suggesting that fear induction had occurred. They then asked 15 pNT and 15 pASD to assess these body odors. The sweat in a situation of fear was rated as less pleasant, more intense and denoting fear against body odor control. After observing that pASD spontaneously explored chemosignals in a similar way to pNTs, which were equally capable of detecting and discriminating body odors from different people, the Israeli researchers decided to analyze whether the social chemosignals were able to influence the autonomic nervous system alert and behavior.

Here differences appeared. Neither of the two groups (pNT and pASD) manifested differences between the two body odors, fear and control, none was able to distinguish one sample and another, but their bodies reacted differently. In the control group, sweat with the smell of fear produced a measurable response in the sensation of fear, something that could be detected for example in the conductivity of the skin, while normal sweat did not generate that response. In the pASD, the sweat with the smell of fear lowered the sensation of fear while the smell that we could call of calm sweat did the opposite, it increased in a significant way their levels of anxiety. 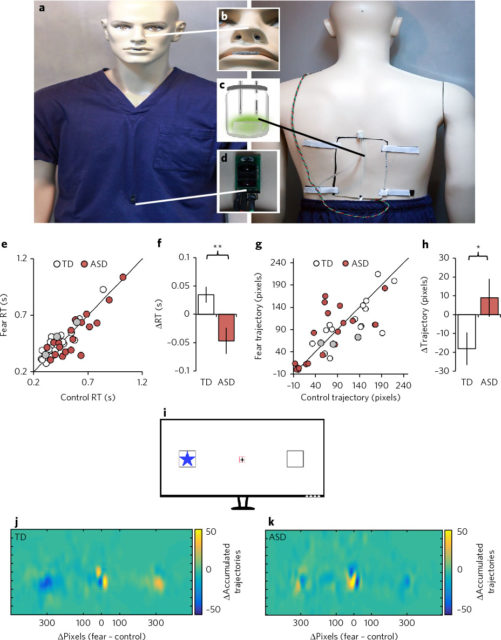 Then the group of researchers manufactured dummies with a loudspeaker and emitting different smells through their noses. Through the speakers these mannequins gave volunteers, who did not know the olfactory component of the experiment, different tasks to perform. The use of these mannequins allowed the researchers to have total control over the social cues, based on the smell or others, than the subjects participating in the experiment received. The tasks were designed to assess the level of trust that the volunteers placed in the mannequins and here again the behavior of the pASD was opposite to that of the control group: they showed more confidence in the mannequin that emitted the smell of fear than in the one that produced the smell calm. In the following experiments, the researchers wondered if other subliminal social odors would have a different impact on autism than on the control group. In one test, volunteers were exposed to sudden loud sounds at the same time they were exposed to hexadecanal, a potentially reassuring component of body odor. Another automatic response of fear, winks of the eye, was recorded by placing electrodes on the muscles of the eye. The response in the pNT group was lower when exposed to hexadecanal while in the pASD group the response increased when exposed to this substance.

The conclusion is that pASD have different reactions, and even opposed to the odors produced by the human body. Normally we are not aware that we capture these social smells but they are part of the non-verbal communication that takes place between different people and is known to affect our mood and behavior. The result is that the behavior of a pASD will be very different, sometimes opposite, to that of a pNT after receiving a chemosignal from another person. This can be the biological substrate of the social difficulties of people with autism, of the reactions that seem inappropriate to us in a social context and of why it is difficult for them to interpret the emotions of other people.