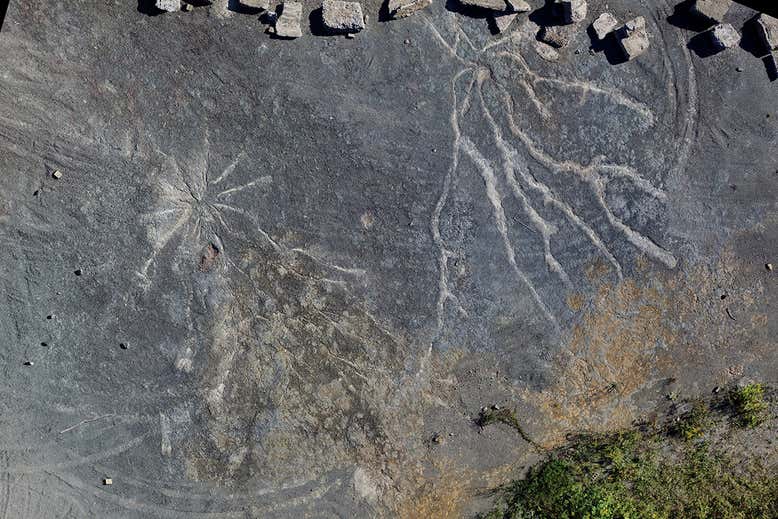 A seawall dating back 7,000 years and the village it was protecting have been found off the coast of Israel. The seawall protected the Neolithic village for about 500 years before the people who lived there had to abandon it.

The Earth’s last magnetic-field reversal took 22,000 years to complete 770,000 years ago. Scientists, who analyze lava flows, ocean sediments and ice cores to monitor the constantly moving magnetic poles, say the north magnetic pole is heading toward Russia at a current rate of nearly 40 kilometers per year.

Homo erectus likely last lived on the Indonesian island of Java between 108,000 and 117,000 years ago before dying out as the climate changed. “We can’t say we dated the extinction, but we dated the last occurrence of it,” said researcher Russell Ciochon.

Diamonds that formed up to 800 kilometers inside the Earth are helping scientists study liquid’s effect on deep earthquakes. Researchers say diamonds, which contain inclusions made by liquid, may have formed where fluid is moving in the mantle transition zone.