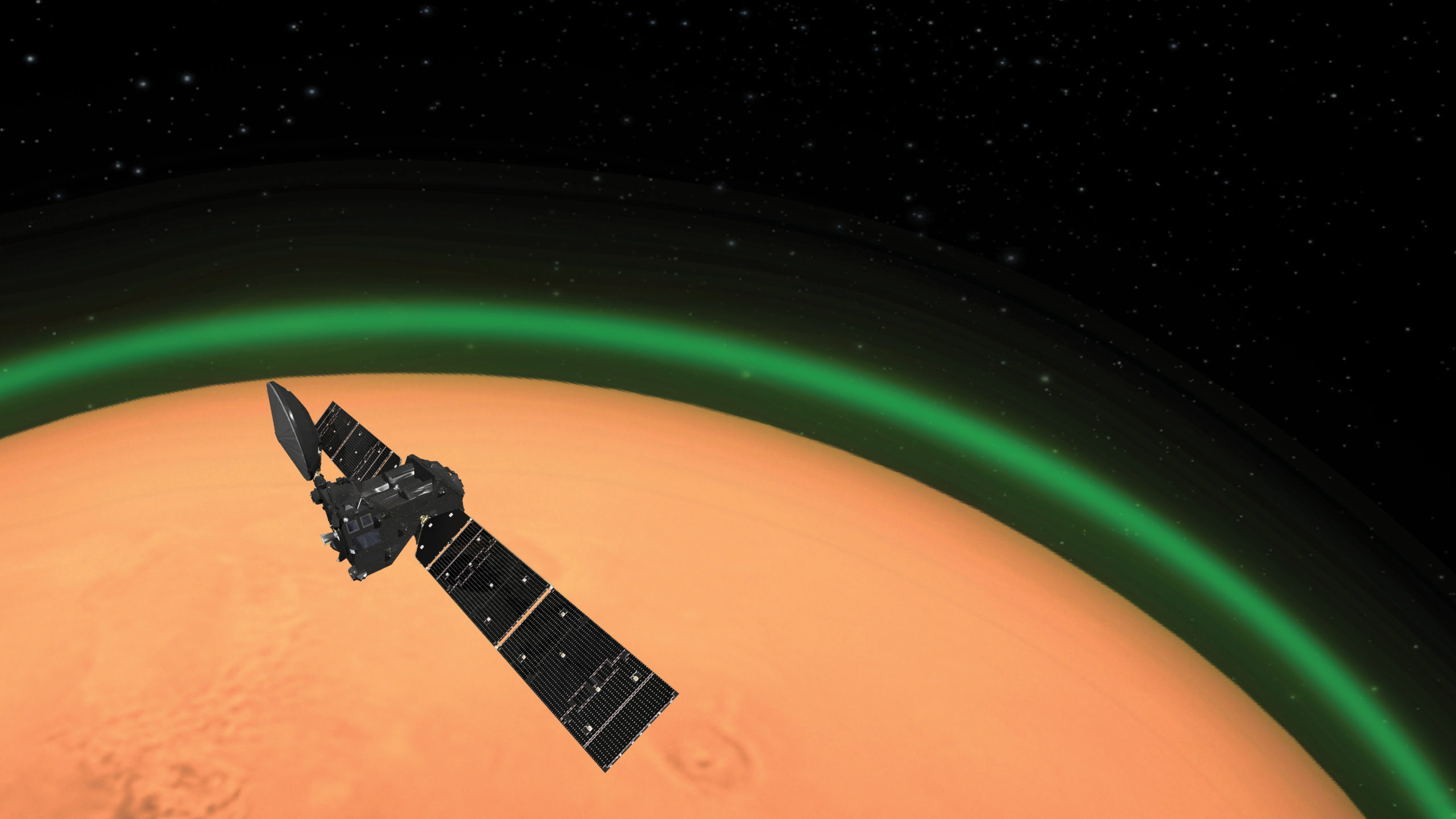 A green glow similar to the one around Earth, caused by sunlight and oxygen mixing in the upper atmosphere, has been detected for the first time around Mars. The orientation of the MArs Discovery (NOMAD) instrument was manipulated to look across the Martian atmosphere rather than straight down on it, leading to the discovery.

High-energy jets of plasma coming from supermassive black holes are narrow where they start, blossoming out with a flare, then revert to cone-shaped. “From studying this region where the geometric transition happens, we can understand the black hole better,” says study author Yuri Kovalev.

A massive network of underwater rivers has been detected around the coast of Australia. The phenomenon is called Dense Shelf Water Cascades and was tracked using data collected by Integrated Marine Observing System submersibles over several years.

Patchy spots on Titan may be dry lake beds

Unusual patches seen on Saturn’s moon Titan are most likely dried up beds that once held hydrocarbon lakes or seas, a study in Nature Communications suggests. Researchers reexamined data collected by the Cassini spacecraft to figure out what the bright spots in the southern tropics region of the moon might be.