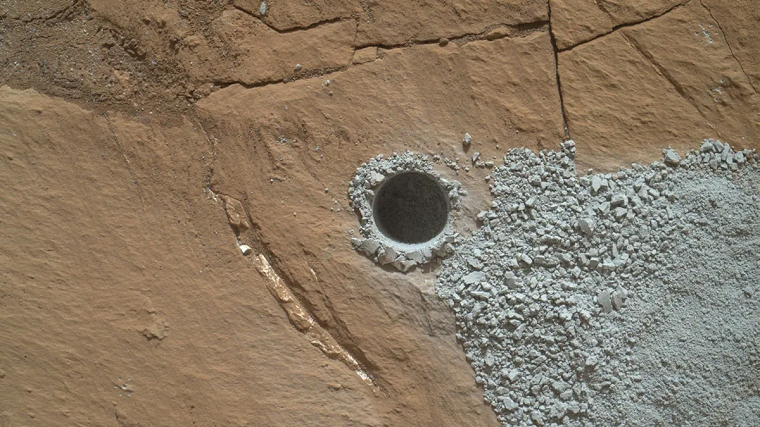 Blood samples collected from all 14 astronauts who traveled to space as part of NASA’s space shuttle program between 1998 and 2001 showed evidence of DNA mutations after being stored for 20 years. While the mutations are below a key threshold for concern, researchers suggest astronauts submit to periodic blood tests to monitor for further mutations.

Viruses several times the size of typical virus have infected microscopic algae in the Milne Fiord epishelf lake, a rare formation of a freshwater lake sitting atop saltwater in the Arctic Ocean. Researchers are unclear about how the infections could affect the algae, and are concerned warming ocean temperatures will destroy the epishelf lake before they can find out more.

A mutation that causes increased neuron production in the portion of the modern human brain responsible for complex thought is the glitch that sets us apart from our now-extinct Neanderthal ancestors. Researchers removing the TKTL1 gene from stem cell tissues used to simulate a Neanderthal brain found that its absence meant a loss in neuron production in the frontal lobe.

Explanation for mineral found on Mars

The rare mineral tridymite found by a NASA rover in Mars’ Gale Crater in 2016 may have originated in a volcanic chamber and landed in the crater after an eruption. “Based on the geology of Gale Crater, we concluded that the most plausible formation pathway of tridymite was its crystallization from an evolved magma,” says lead study author Valerie Payre, whose team reviewed information related to tridymite on Earth, studied sedimentary data from the crater and examined Martian volcanism and thermodynamic models.

A study of mouse models of lymphoma and leukemia found that allogeneic stem cell transplants combined with modified invariant natural killer T cells resulted in longer survival as well as milder and delayed cases of graft-versus-host disease. The cells were developed from donated cord blood.