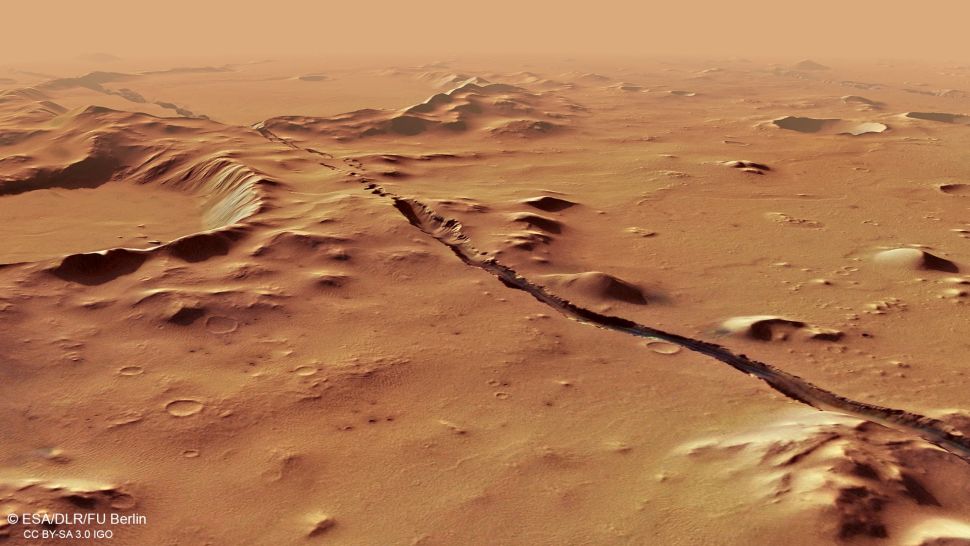 Magma may bubble below Mars’ surface

A new study of quake data from Mars rover InSight suggests the red planet may experience underground volcanism. Characteristics of 20 quakes in the Cerberus Fossae region of the planet are consistent with movement generated in a warm subsurface locale.

Spiders don’t have ears, and some don’t see well, but they can sense vibrations, and a study found that spiders essentially outsource the function of an ear to their webs. Researchers placed orb-weaving spiders in a quiet room and saw that the arachnids turned their bodies toward a loudspeaker and reacted differently to different sounds.

Laser-powered chip could revolutionize the internet

According to a study, Scandinavian researchers have developed a chip that uses lasers to provide unprecedented broadband speeds while saving substantial amounts of energy. The scientists say they set a global record by nearly doubling the amount of data that fiber-optic cables can transmit.

Researchers conducting a “virtual autopsy” on the more than 400-year-old mummified remains of an Austrian toddler found the child experienced “an almost complete lack of sunlight exposure” in life. The child, suspected to be the first-born son of a count, was revealed to have experienced “extreme nutritional deficiency.”

A study found children who played video games completed cognitive tasks quickly and more accurately and had greater activity in the brain’s precuneus region on functional MRI than those who did not play video games. There was lower activity in the visual processing-related regions of the brain on fMRI during the video-gamer group’s cognitive tasks, which “may reflect that this area of the brain may become more efficient at visual processing as a result of repeated practice through video games,” study authors wrote.