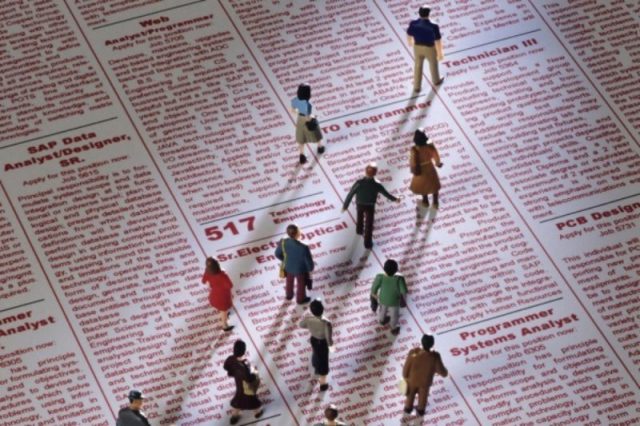 A naïve application of simple economic models will predict that, as immigrants enter, the wages or the employment rate of native workers decrease. However, immigrants are not only workers, and they may bring with them entrepreneurship skills, so that they influence not only the supply side of the labor market, but the demand as well. Or maybe the immigrants take jobs that otherwise would simply not exist in the host country and thus do not compete with locals, or they push locals into more productive jobs, among other possibilities. Economic Theory, as so often is the case, may serve to guide studies helping them to focus on relevant variables and on connections among them, but do not allow an a priori estimation of the real effect, even in qualitative terms.

The first studies of the subject using modern econometric technics are surveyed in Borjas (1999) 1 and Friedberg and Hunt (1995) 2, and find no evidence that the naïve models apply. However, these studies are methodologically limited, and may be it was too early to draw any conclusions. In the rest of this article, I will review the efforts made by researchers to overcome these limitations and provide an overview of the state of the question.

The first thing to notice is that, until the mid 90s, most empirical works used the “area-analysis” approach. This means that authors take one geographical area and measure immigration, wages and employment changes. The found correlation is, in the worst case scenario, of a 10% increase in immigration related to a 1% decrease in wages.

This approach, however, is not satisfactory. The area of study may not be isolated, and may be subject to movements of workers and of capital as a response to the influx of immigration (moreover, the influx of immigration may be responding to local changes in economic activity). These factors may hide the overall effects of immigration in the whole country or relevant geographical area. To avoid this, some authors study natural experiments in which the immigration has a strong political component, and not an economic one. E.g., Card (1990) 3 studies the effects of the Mariel boatlift from Cuba to Miami, and Hunt (1992) 4 does the same with the repatriation from Algeria to France. Again, they find no significant effects of immigration on local labor market conditions.

Next, Borjas (2003) 5 used a more refined approach focusing on correlations across skill groups. The idea is that skill is defined in the short run, and, thus, there is little a worker can do to change it without putting some effort and time, and one can control for some of the limitations of previous studies that didn’t take into account the mobility of workers and capital. By looking at the effects of immigration in every skill group the degree of substitution between native and immigrant workers may be better observed. Using this approach in the USA, a 10% increase in the size of a skill group was correlated with a 2-3% reduction in wages and with a reduction of working weeks by 2%. This is the highest effect reported in the literature. Using similar technics, Ottaviano and Peri (2012) 6 study these effects more deeply and measure the effect separating workers in more groups. They find that the effect of immigration is almost negligible in the salary of low educated native workers, and also small but positive in average for all native workers. All the negative effect is concentrated in a sizeable reduction (of 6% in the long run) on the wages of previous immigrants. In Europe, Angrist and Kugler (2003) 7 find a slight reduction in native employment rates, with a larger effect observed in countries where product markets are more restricted to competition.

All this previous literature lead to Carrasco et al. (2008) 8 to study in detail the effects of the immigration wave that Spain received in the second half of the 90’s. The wave is well documented in the Spanish Census of Population, and the register of work permits to foreigners is available in the Wage Structure Survey (Encuesta de la Estructura Salarial) of 2002. The authors do not find any significant negative effect of immigration on employment rates or wages of native workers. In particular, around a 0.2% decrease of employment is related to a 10% increase in immigration in the different groups studied. The effect on wages was also negligible. Spain is not different, after all.

So, there is no evidence that immigration damages labor conditions for natives. Can we know why? Let us review two papers that open a road to clarify this matter.

Peri (2012) 9 does the following. First he looks for variables that are good predictors of immigration to a city or region, but are not correlated with other productivity shocks. He finds that the existence of immigrant communities across US states before 1960 and the distance from the Mexican border satisfy his requirements. Next he studies changes in productivity in those places. To avoid biases and hidden variable effects he controls for the intensity of R&D, the adoption of computers, the openness to international trade as measured by the export intensity and the sector-composition of the state as measured by the productivity employment and gross product growth imputed to a state on the basis of its sector composition. Consistent with the previous literature he ﬁnds no evidence that immigrants crowded-out employment. At the same time Peri (2012) ﬁnds that immigration had a strong positive association with total factor productivity and a negative association with the high skill-bias of production technologies. These results suggest that these productivity gains may be associated with the eﬃcient allocation of skills to tasks, as immigrants are allocated to manual-intensive jobs, pushing natives to perform communication-intensive tasks more eﬃciently.

Finally, Ottaviano et al. (2013) 10 analyze the effects of offshoring and immigration not only on employment and wage of native workers, but also on job specialization within the U.S. manufacturing sector from 2000 to 2007. They model and find empirical support for a scenario in which jobs vary in terms of their relative intensity of use of workers’ complex skills, while native, immigrant and oﬀshore workers diﬀer systematically in their relative endowments of these skills. When only natives are available, producers will only employ them. When immigrant and oﬀshore workers become increasingly employable eﬃciency gains can be reaped by hiring them to perform tasks in which they have a comparative advantage, giving native workers the opportunity to specialize in the tasks in which they exhibit their own comparative advantage. If strong enough, the productivity eﬀect associated with this improved task assignment may oﬀset the displacement eﬀect of immigration and oﬀshoring on native workers’ employment. Indeed, the authors have found that, during the period of observation, manufacturing industries with a larger increase in global exposure (through oﬀshoring and immigration) fared better than those with lagging exposure in terms of native employment growth in terms of these opportunities.

I thank Raquel Carrasco for suggesting the topic and for providing the references.