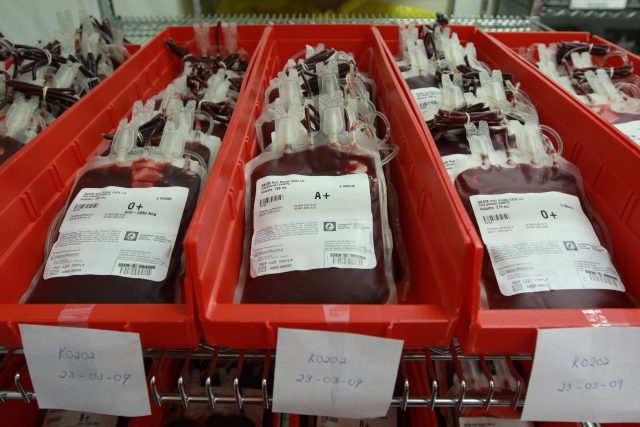 Slonim et al. (2014) 1 discuss the problems of blood allocation in different countries and suggest a mechanism that can improve it. The present article is a summary of their main ideas.

In the wealthy countries blood is mostly supplied via voluntary donations. The way blood is collected varies from country to country. Some have state monopolies, others grant the monopoly to the Red-Cross, others run independent blood banks, and so on. Which system is used does not seem to make a difference, as reported in Healy (2000) 2. In poorer countries blood typically comes form paid donors and family and friends of the patient in need. In World Health Organization (WHO) (2011) 3 it is estimated that 36% of the countries cover their needs with volunteers, while another 36% cover less that half of their needs this way.

The situation is different for the collection of plasma and plasma products. Some high-income countries collect plasma from voluntary donations, but some others compensate suppliers. In the USA, for instance, 81% of plasma products are derived from compensated donors, by 1970 it became the worldwide supplier, and by 2004 it collected almost 70% of the word’s plasma, of which 40% was used in North America, 32% in Europe, and 19% in Asia.

Blood supply safety generated a debate in the 1960s and in the 1970s. An influential book, The Gift Relationship (Titmuss, 1971 4) argued that paying for blood could both attract high risk donors and reduce donations by altruistic oriented donors. No study to verify these assertions was ever made, but still policymakers and the WHO were so concerned that since 1975 WHO recommends that 100% of blood supply be covered by donations. The concern only became stronger after the AIDS and mad cow diseases in the following decades. A last argument against paying for blood donations is ethical, and has to do with the possible exploitation of donors. This attitude includes blood transactions involving money in the same group as other transactions that are considered repugnant, like selling an organ, selling oneself as a slave or providing sexual services. However, the fact that paying donors for plasma does not seem to arise any of the above mentioned concerns makes it a hard case for those who still invoke them when the product is blood. This should be true for the countries that collect plasma by paying donors, like the USA, Australia, Japan or Austria and also for the countries (almost all) that import plasma from the ones that sell it after paying their donors. The only significant difference between blood and plasma donations is that, being a more complicated process, required safety measures long before they were introduced in whole blood collection.

The different treatment between plasma and blood has some unavoidable consequences, foreseen by the Economic Theory: the price of plasma fluctuates to adequate the supply to the demand (Flood et al, 2006 5), while the price for units of blood paid to the collecting agencies or charged to hospitals does not (Toner et al. 2011 6).

When prices cannot be used to adjust supply and demand, what can? As mentioned before, altruistic motivations seem to be strong enough to satisfy most of the needs, but this alone does not help to understand how the supply changes. A closer observation reveals that blood donations per capita increase with (i) the percentage of voluntary donations and (ii) the income per capita. For countries with public information on transfusion transmissible infections, there is a strong negative correlation between the percent of blood in which a transfusion transmissible infection was detected and a country’s per capita income, but there is no relation with the percentage of blood obtained from volunteers.

As helpful as these findings may be for a country to orient its policy in this matter, they do not help to solve imbalances. For example, supply is at its highest after a disaster, due to altruistic responses. However, volunteers may not be responding in an appropriate manner if the supply is disproportionately larger than the demand. As an example, between one third and one half of the 570,000 additional units of blood collected immediately after the terrorist attacks of 9/11 had to be destroyed (whole blood cannot be stored for more than six weeks, and technical constraints did not permit more extraction of plasma and plasma parts, which can be stored much longer). A similar situation occurred after other national disasters. Some other times it is the supply that runs shorter that the demand, especially during winter, when volunteers suffer colds or the flu, and during holiday periods, when people travel. In these cases, increasing advertising may not work and hospitals must prioritize use and postpone or cancel transfusions and surgery. Toner et al. (2011) report how most than half of the hospitals had to make this kind of decisions.

One way to match supply and demand would be to allow for a price mechanism or, at least, for small gifts to donors. However, if for any reason this is a political impossibility, Economics can still help. Slonim et al. (2014) present the results of a field experiment in the spirit of Behavioral Economics to deal with the problem. The study was conducted in Australia, where the Red Cross Blood Service is responsible for all blood collection and distribution and keeps information of past donors. The study focused on “long-lapsed” donors, defined as past donors who have not donated for at least two years. These are persons that may donate again if contacted but unlikely to donate if not. There was a list of 44,222 long-lapsed donors, out of which a random sample of 13,200 was selected. The sample was again randomly divided between a control group of 4,200 and a target group of 9,000. The Blood Center then called the 9,000 potential donors to invite them to joint a registry for blood donation, telling them that they would only be contacted “when the community has a critical need for blood, for example a need for your own blood type or a need in your local area.” Not all the calls were answered and some subjects were no longer eligible, leaving a total of 2,588 individuals that were actually invited and 1,913 (74%) that agreed to join.

A few months later all registered subjects plus 2,400 control subjects were called to be invited to donate during the winter shortage period because “so many of our regular donors are unable to give due to having colds or the flu around this time.” They found that 9.0 percent of registry members but only 5.5 percent of control donors presented themselves to donate within four weeks. When called one year later the results were similar. The registry effect was even larger in a separate treatment when the call included a stronger statement explaining that “the blood levels are very low and donations of your type blood are urgently needed.” All the differences proved statistically significant after checking for the appropriate controls.

As the authors conclude: “more innovations in this direction, using economic market design tools, have the potential to improve welfare significantly.”