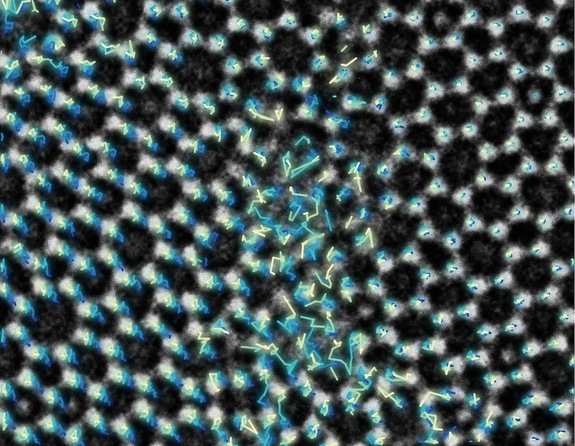 The movement of molecules in the world’s thinnest glass has been captured in images and may help researchers better understand how the substance bends and breaks.

A white dwarf about 170 light-years from Earth holds evidence of a water-bearing asteroid that could explain how the Earth got its oceans. Scientists used the Cosmic Origins Spectrograph on the Hubble Space Telescope to study the dwindling star, finding several heavy elements that don’t usually exist on a white dwarf, as well as an excess of oxygen, theorizing that the remnants of a water-filled asteroid landed there.

Ancient women artists may be responsible for most cave art

Women made most of the oldest-known cave art paintings, suggests a new analysis of ancient handprints. Most scholars had assumed these ancient artists were predominantly men.

Astronomers analyzing photos taken from the Hubble telescope in 2004 have located Naiad, Neptune’s closest moon, which hasn’t been seen since it was discovered in the Voyager 2 space probe photographs taken in 1989.

The forward march of globalisation has paused since the financial crisis, giving way to a more conditional, interventionist and nationalist model.