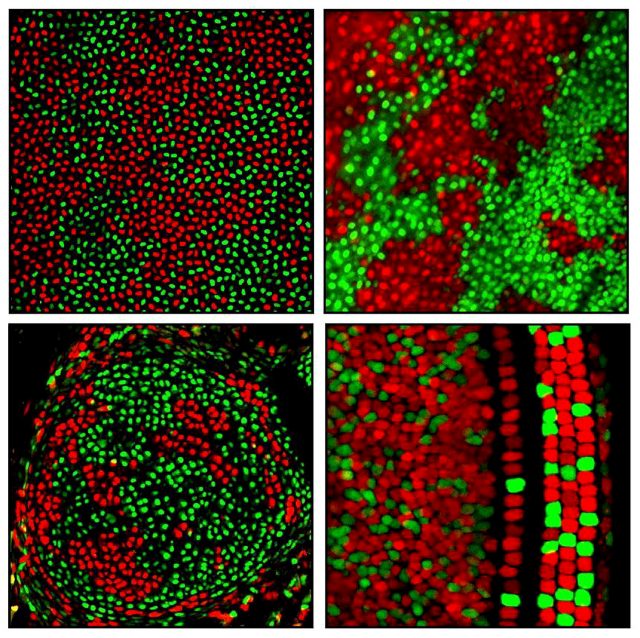 To better see how females turn on and off their X chromosomes, scientists at Johns Hopkins University have developed a way to get X chromosomes from different parents to light up in different colors. Dr. Jeremy Nathans and his team engineered mice to breed female babies with X chromosomes from one parent that turned green if active and exposed to a chemical, and red from the other parent when it came in contact with a different chemical. The colors in the offspring show a roadmap of which cells are turned off and on in various organs.

Thinking you got better sleep makes your brain work better

The placebo effect can work for sleep, according to a study. Researchers misled participants to believe that sensors would measure the rate of REM sleep they got, then told them, upon waking, that they either got 16.2% REM sleep or 28.7% REM sleep. The participants who were told they got less REM sleep did poorly on a simple math test while those told they got better sleep did well.

Rivers carve down rock at different speeds through time, which means researchers may have to rethink how they measure erosion.

Regulators and policymakers may soon be worrying about the lack of risk-takers, not fretting about their excesses.

A sugar in the form of maltodextrin has been used to produce an enzymatic fuel cell with water as the main byproduct. Electron charges in the sugar are released in stages with the use of a low-cost biocatalyst.