Every single day, the scientific knowledge of the biodiversity of the planet is increased with the description of new species. All of them are, in their own terms, valuable: a new piece in the puzzle of the history of Life on Earth. Most of the times, the new species can be easily classified together with other closely related companions into the same group. Occasionally, the new species will show such a degree of divergence that the specialists may consider placing it into its own separate genus or family in order to reflect that “uniqueness”. In rare occurrences, the new species will be unprecedentedly different from any other and this overlooked product of evolution would require even a higher rank group to reflect its extreme isolation: a lonely branch in the Tree of Life that, unlike its fellows, survived extinction. What is absolutely extraordinary is that a new species is so different to anything else described by any biologist during the past 250 years that we do not know, not even coarsely, which their closest relatives are. These discoveries are priceless, intriguing, overwhelmingly amazing and very, very uncommon. The most recent was published last Wednesday1.

What you see in the pictures above is one of the 18 specimens collected during an oceanographic expedition to the continental slope of southeastern Australia in 1986. It reminds vaguely to a mushroom, but this organism is completely different to any other described by science to date. All the samples present the same general morphological characteristics, but show no evidence of being torn off from a substratum, belonging to the same colony, nor the slightest hint about their biology. Nothing similar has been ever found again, even in spite of another expedition to the same locality two years later. Those 18 specimens preserved in scientific institutions in Australia and Denmark are the only evidence of the existence of this precious and extraordinary life form, full of secrets.

The anatomical and histological examination of the samples concluded that they are, indeed, animals. They show a very simple body architecture with only two layers of tissue (diblastic). The only internal structure is the whitish branched channels that are interpreted as a gastrovascular system, with the only opening (the mouth) at the end of the stalk. There is no evidence of gonads or any other organ. This species has been named Dendrogramma enigmatica for the tree-like pattern of its disk and its mysterious nature. Three of the samples showed a larger disc without a notch and were identified as a different, equally enigmatic, species: D. discoides.

Due to the presence of only two layers of tissue and a body plan with a single opening, it makes sense to think that Dendrogramma may be somehow related to other diblastic animals, like those of the phyla Cnidaria (jellyfishes, corals, anemones, etc) or Ctenophora (comb jellies). However, the cell types or characteristic structures of these two well-known groups of animals were not found in Dendrogramma. The mysterious Australian creatures may be some sort of aberrant cnidarian or ctenophore, but they could also be something completely new, an undescribed phylum. I have the feeling that this may be the case, since one of the authors of the study, Reinhardt Kristensen, has regularly published in the past some of these peerless discoveries of lovely overlooked invertebrate architectures: the phylum Loricifera2 in 1983, the phylum Cycliophora3 in 1995 or more recently, the class Micrognathozoa4, in 2000.

Unfortunately, the preservation circumstances of these specimens and the lack of any recent collection impedes a more conclusive statement about the relationships of Dendrogramma, which is provisionally allocated in the taxonomic limbo: incertae sedis (of uncertain placement). The story of this discovery ends with a cliffhanger, because the piece of evidence that would probably resolve very easily the affinities of these creatures, the genetic material, was rendered useless by the formaldehyde used during the fixation. As soon as some other Dendrogramma specimen is collected, we will be just a PCR reaction away to confirm if this is the first animal phylum described in the 21st century. Marine biologists, take note!

The importance of solving this mystery is hard to overstate. If Dendrogramma is indeed a new diblastic phylum and its common ancestor with the rest of the animals precedes the origin of the bilateral symmetry, it will immediately become part of a very hot topic on evolutionary zoology: the early evolution of neuromuscular systems, a critical innovation of animals and one of the keys of our evolutionary success. The recent discoveries derived from the study of the ctenophore5 genome suggested that the scenario may be much more complex that it was thought before, and Dendrogramma may give us even more clues about it.

Last, but not least, the authors noticed superficial similarities between Dendrogramma and some Precambrian fossils of the so-called “Ediacaran biota”, the enigmatic and delicate sessile organisms that thrived in the oceans about 600 million years ago. Although there is no consensus about the interpretation of these fossils, some paleontologists suggest they were diblastic soft-bodied animals that were later substituted by other lineages and gone extinct. The mere idea that some survivors of the Ediacaran body plan may be still alive in the depths of our oceans should be enough to give us goose bumps. Let us hope that this does not remain unsolved forever. 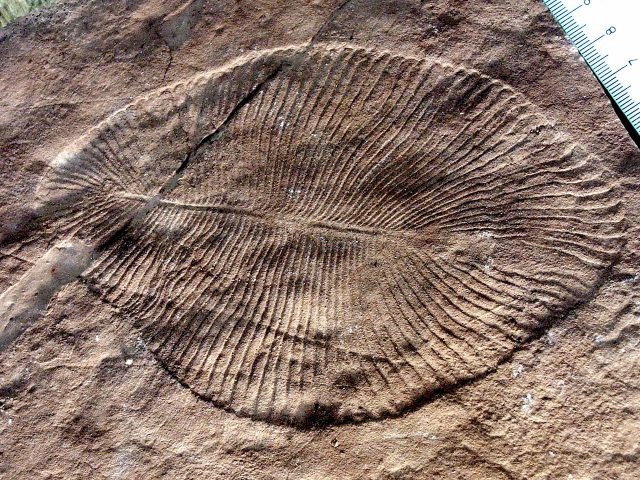 Feathered giants and the split of Gondwana

A tale about aquatic snails in the middle of the desert