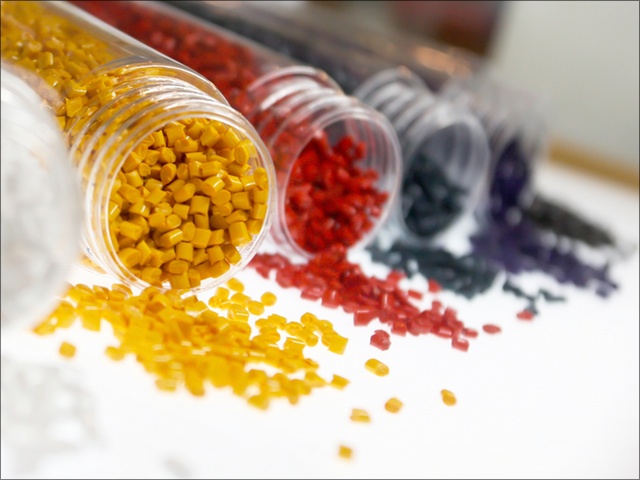 Technology is all around us. There are a lot of acts that we perform daily that involve much more technology than we can imagine. Take for example removing the lid of a diary product; you would expect that the lid will offer some resistance but not so high as to make it impossible to open it without tearing the lid apart, and not so low it would be too easy for the product to be opened accidentally. To achieve the right resistance, the heat sealing lacquer that has been applied to the lid must behave reliably in its interaction with the plastic of the container; and polymer producers, lacquer producers, coating specialists and packaging profesionals work for just this: that you can concentrate on the content and forget about the container.

Every year billions of diary products are produced in the world. It is reasonable to think that the technology is well known and understood. But this is not the case. The packaging industry rely on basically experimental data and loose correlations encased in theoretical models that do not quite work properly. In the case of a heat-sealing lacquer, for example, it is assumed that when cold it is a glass, i.e., an amorphous solid in which the molecules are bonded into position in a disordered configuration (as in a liquid) but cannot flow freely (as in a solid); because it is a glass, there exist a temperature, known as glass transition temperature (GTT), when molecules start to move slowly transforming the solid (a supercooled liquid, really) into a high viscosity liquid.

The laboratory work of polymer and lacquer producers concentrate on supplying polymers and mix of polymers with just the right GTT so that packaging lines can work quickly and reliably, as all the process speed depends on how to rise the temperature of the heat-sealing lacquer just above its GTT but below that of the container, so that they two glue together when cooled. But the reality is that, at the end of the day, the work has to be done in the real line and come to compositions of the lacquer and its mix of polymers based on a trial and error process.

Even though the glass hypothesis for heat-sealing lacquers is a useful theoretical framework to work with, it has no real practical use. And one of the main reasons has been explained by Juan Colmenero, DIPC, in a recent review1 published in Journal of Physics. Condensed matter: Polymers are not standard glass-forming systems.

To start with, what is a polymer? Colmenero defines it as a condensed matter system where the structural units are macromolecules. These are big molecules which are built up by repetition of a more or less simple chemical motif called a ‘monomer’. In contrast to standard molecules, the number of monomers in a given macromolecule is not well defined. 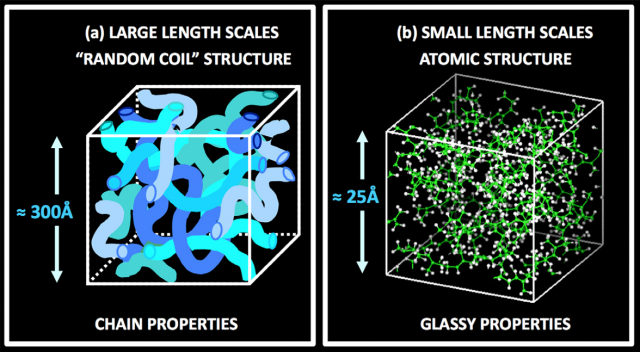 If polymers are observed at a scale down to 25 Å we only see a disordered structure of atoms, very similar to that of any standard glass. But if we increase the scale (around 300 Å) we find a spaghetti (random coil) structure. Therefore, we can expect that the dynamics of the polymer will be affected by the existence of the random coil structure. Actually, Colmenero distinguishes three length scale ranges where the dominant dynamical processes are different: the large scale, where the chain structure is the relevant one; the intermolecular scale, where the universal features of glass-forming systems dominate and define the GTT ; and the local scale, where you can find rotations or vibrational motions.

Now, it is time for researchers at the polymer industry to use these new information to develop new models of their particular systems that could mean saving lots of money and time for their companies.

A variety of vitrification kinetics in bulk metallic glasses