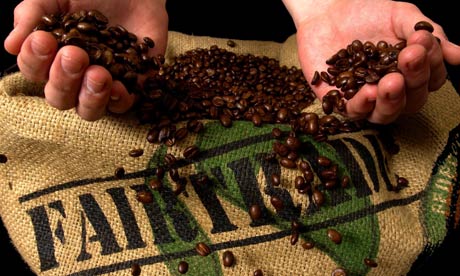 Raluca et al. (2014) 1 provide a survey of the economic studies regarding the performance of Fair Trade certifications. They focus on the coffee industry, by large the most important product under the Fair Trade label. In this article I summarize their main findings and conclusions.

The aim of Fair Trade certification is to improve the lives of the poor in developing countries by offering better terms to producers. The main instruments are the price premium paid to producers that obtain the certification and the longer-term buyer-seller relationship, implying financial stability. In return, the producer has to adhere to some practices: use the price premium to invest in the community, improve workers’ conditions, favor associations like cooperatives, and use of some environmental standards. Although the number of certified production is increasing, in 2011 Fair Trade exports for coffee represented just 1.8% of world exports.

The certification is issued by some private organization (most of them belonging to Fairtrade International), and the producer must pay application, initial certification and renewal certification fees. The rational for the Fair Trade initiative is that it provides credible information to the consumer. If a number of consumers have preferences for the production practices promoted by Fair Trade and are willing to pay a higher price for that, and produces are willing to produce in this manner, then a credible certification can facilitate mutually beneficial transactions that otherwise would not occur.

There is, however, a concern about whether Fair Trade makes economic sense and is sustainable in the long run. For instance, Development economist Paul Collier (2007, p. 163) 2, writes: “They [Fair Trade–certified farmers] get charity as long as they stay producing the crops that have locked them into poverty.” The Economist (2006) 3 writes: “perhaps the most cogent objection to Fairtrade is that it is an inefficient way to get money to poor producers.”

The studies summarized in Raluca et al. provide some evidence on whether the goals of Fair Trade are indeed met, but do not have much to say about the long run effects and on whether it is indeed an inefficient way to help poor producers.

Do consumers have preferences for Fair Trade?

Using surveys and field experiments, empirical evidence shows that many consumers indeed have preferences for items with the Fair Trade label. They buy more of a coffee variety if it is so labeled, and are willing to pay as much as a 23% premium (e.g., Herter et al., 2009 4, Hainmueller et al., 2011 5 and Hiscox et al., 2011 6). On the theoretical part, given these preferences, voluntary certification improves aggregate welfare.

All studies agree that Fair Trade-certified producers receive higher prices than conventional farmers with figures in the order of a 30% premium, but the evidence needs careful analysis to infer causality. If Fair Trade certification selects better producers, the causality could be the opposite. The most recent studies use three different methodologies to solve the problem. The first one uses matching methods, and compare each certified farmer to conventional farmers that share similar observable characteristics (education, age, family size, farm size, specialization, and so on). Under this method, Beuchelt and Zeller (2011) 7 show that coffee producers in Nicaragua do indeed receive higher prices when associated with Fair Trade-certified cooperatives. In contrast, Fort and Ruben (2009) 8 and Ruben and Fort (2012) 9 found no significant difference for cooperatives in Peru.

The second method looks at a panel of producers over time rather than just a croos-section in one time period and examines the prices obtained by a producer before and after becoming Fair Trade certified. Using this strategy, Dragusanu and Nunn (2014) 10 do find a price premium, although much smaller than the 30% quoted above, but do not find an increase in sold quantities.

A third method studies what kind of producers is more attracted by the certification. The evidence suggests that producers with less experience, education and lower income are more likely to become certified in two separate studies in Costa Rica (Sáenz-Segura and Zúñiga-Arias, 2009 11) and Peru (Ruben and Fort, 2012 [9]). If confirmed, this negative relation would indicate that the casual relation found by the previous studies could be understated.

Is the higher income sustainable over time?

According to the Economic Analysis, if the demand for Fair Trade is constant, as more producers become certified, each one would receive a declining proportion of the benefits. Entry will occur until there are just enough profits to compensate for the costs to become certified. This rent dissipation may not happen, at least not completely, if there are some sorts of barriers to entry. Also, even a complete dissipation does not need to be a failure of Fair Trade, as the other outcomes, like better working conditions, sustainability and long term relationships, are also spreading with entry. There is no empirical evidence to test what is the case in this dynamic aspect of Fair Trade, but the theoretical analysis shows a dilemma for certification agencies: they wish to spread the label as much as possible, but they also may wish to pose some limits to entry to avoid the dissipation of rents.

The evidence seems that the benefit of long terms ties between producers and buyers is observed with the important exception of “market driven” buyers (importers that sell to Starbucks, Nestle of Cosco), that often refuse to buy from cooperatives that request credit. Bacon et al. (2008) 12 show that 77% of Fair Trade-certified farmers reported that their cooperative provided pre-harvest credit, compared to only 33% of farmers in conventional cooperatives. Méndez et al. (2010) 13 provided a good case indicating that Fair Trade certification causes access to credit, as they were able to use a control of farmers with an Organic certification that has no provisions on credit access.

Are governance and institutions improved?

The empirical evidence on this issue is limited and mixed. Some studies find that certified producers are more likely to identify with their cooperative (Ruben and Fort, 2012 [9]), and others find just the opposite (Elder et al., 2009 14) or not effect at all. Furthermore, some authors found that a sizable number of producers for a Fair Trade cooperative did not know about the price premium, and even many of those who did know, thought they were not receiving any benefits from it. Further evidence shows that workers hired by certified cooperatives did not receive a higher salary compared with workers for conventional cooperatives or that the salary was only marginally better (Jaffe, 2009 15).

A final subject of study has to do with beneficial spillovers of certification. Non-certified farmers may benefit from Fair Trade if the price premium received by the certified ones benefits the community in the form of education, health care services, infrastructures, or even in the form of decreasing the market power of intermediaries. At this point the existence of these spillovers is speculative, with only some preliminary evidence in favor of a higher income for non-certificate producers due to the presence of certified producers in an area in Costa Rica (Dragusanu and Nunn, 2014 [10]).