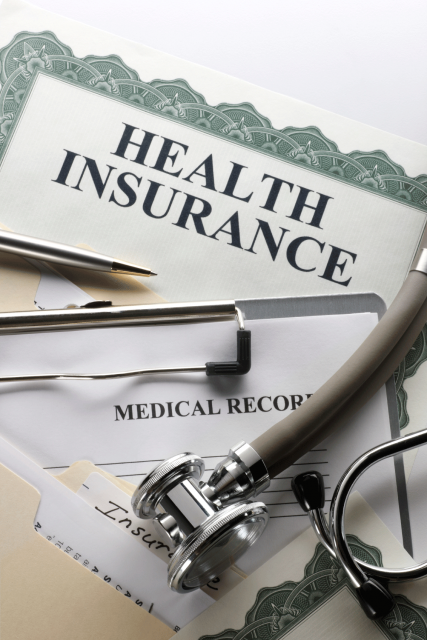 This month I present the winner article of the Royal Economic Society Prize 2013 to the best non-solicited paper published in the Economic Journal. The authors are Pau Olivella and Marcos Vera-Hernández.

One of the first predictions in the study of Economics of Information is the presence of the “adverse selection” phenomenon. The seminal paper illustrating this problem is the famous “Market for lemons” in Akerlof (1970) 1. The most extreme case can be described with the following example. Say that in the market for used cars there are good and bad cars, and that the owner of a car knows the quality, but that the potential buyer does not. Under these circumstances, the buyer will only be willing to pay a price that reflects the average quality of cars in the market, but the average price may not be high enough for the owners of a good car to be willing to sell it. If this is the case, we will only see bad cars in the market, and the price will be adjusted accordingly. Because of the lack of information, the owners of a good car cannot convince buyers to pay a higher price for their cars, thus creating an inefficient result. Not all adverse selection problems are this extreme, and sometimes it can be partially solved at a cost (e.g., by creating guaranties via an intermediate agent).

Rothschild and Stiglitz (1976) 2 applied these ideas to insurance markets. Consider an insurance competitive market in which firms charge an actuarially fair premium (i.e.: what consumers pay is just enough to cover the indemnities plus costs). Now, if individuals come as low or high risk, and this information is known to the individual, but not to the firm, an adverse selection may occur in which only high risk individuals find complete insurance, while low risks only find partial insurance. This is because a complete insurance at an average price may be too costly for the low risks. This effect does not contradict other aspects of insurance markets, like the difficulty of old people to get health insurance in the private sector, because in this case the firms have information about the risk. In fact, the literature has also found conditions for the opposite problem of propitious selection to appear (Hemenway, 1990) 3.

Olivella and Vera-Hernández (2013) 4 put some aspects of the theory to the test. In particular they address the question of whether there exists indeed asymmetric information in the UK private health insurance (PHI) market. Like many other advance economies, the UK has a mix of public and private health systems. The public National Health Service is free and universal, and is financed by all individuals, whether they use it or not. The only reason to buy private insurance is to get a better service (e.g.: no waiting lists or better treatments.) This is the system one also finds in Finland, Italy and Spain, among other countries. There are many other possibilities, for instance, in France and Belgium the individual obtains a policy from the insurer of his choice (paid by the government) and then can buy complementary a PHI contract.

Once the particular characteristics of the UK system are detected, the next thing to do is to adapt the insurance market models to it. The authors study first the simplest scenario in which firms and individuals have the same information regarding risks, and find that the private sector will end up with a higher proportion of low risk individuals than the one observed in the general population. The intuition for this propitious selection is as follows. If insurance companies know the risk group of individuals they can offer different contracts, charging a higher premium to individuals with a higher risk. To resist competition the firms offer full insurance at an actuarially fair price. Given this, the public insurance is relatively more attractive to high-risk individuals, as they have to pay a higher price in the private system.

Under asymmetric information (individuals know their risk group, but firms do not), things change. First, for the same reasons as in the model by Rothschild and Stiglitz summarized above, high risk individuals will be offered a full insurance policy that is attractive to them, but not to the low risk individuals. To sell a contract attractive to the low risks it could not provide full coverage (otherwise, all high risks would buy it pretending to be low risks). Being a poor option for low risks, many of them will be attracted to the public system. The authors make sure that this result is general enough and that does not depend on the approximations of the model. Indeed they observe the same conclusions if more individual heterogeneity (in costs, risk attitudes and severity of illness) is accounted for.

The data come from the British Household Panel Survey over the period 1996-2008, and includes information about the decisions to buy PHI. If one could know the risk group of the respondents, then it would be enough to check the proportions of each risk type within the group that bought PHI and compare it with the proportion of risk types in the general population. The probability of seeking medical care is, however, not observable, only the actual use of health care is. But performing the test with data on actual use could be misleading, as there are many reasons why PHI might use health services more often than individuals with no PHI. Thus a different approach is needed.

Individuals with PHI can be divided in two groups. In the first one, individuals who must decide whether purchase PHI or not, whereas in the second they get PHI as a benefit from their employers and do not need to make a decision. Conditional on a few factors (like being employed), the assumption is that both groups have the same innate probability of seeking medical care. Now, if information is asymmetric, and according to the theoretical model, then the probability of health care use of individuals in the first group who buy PHI should be higher than that in the overall population, as measured in the second group. After conducting some tests to support the validity of the samples, the authors find that there is indeed strong evidence for adverse selection, the fingerprint for the presence of asymmetric information. Furthermore, they are able to identify that it is due to differences in preferences rather than differences in underlying health.

The importance of this work is twofold. On the one hand, by obtaining a diagnosis of the problems in the UK health system, it clarifies the discussion on which are the best regulatory policies if one chooses to do something about them. Second, previous empirical studies in different health systems found mixed results when looking for selection in the insurance market. The present work opens a door for better studies.

The role of Government in financing health care (& 2)