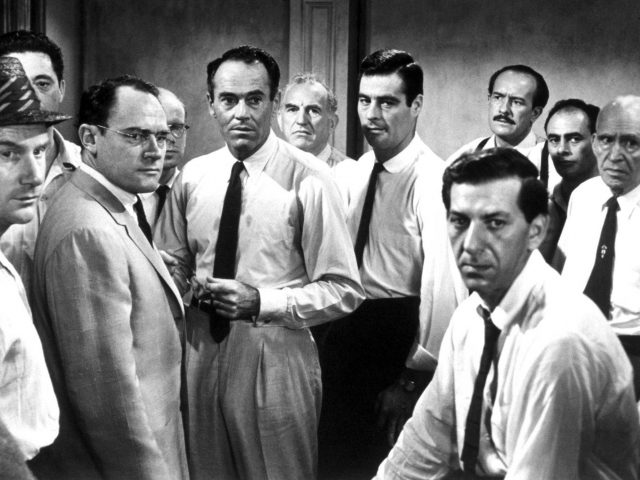 Here is an example of the “discursive dilemma” or “doctrinal paradox”: Say that a jury of three members must decide by majority rule whether a candidate should be accepted in a group. The rules specify that the candidate must meet two requirements, A and B, to be accepted. The first member of the jury believes that the candidate indeed meets the two requirements, the second member believes she only meets requirement A, and the third one believes she only meets B. The paradox arises when one compares two different methods to decide upon the candidate’s admission.

The second method requires that the jury vote directly whether they think the candidate should be accepted. Now only the first member thinks both conditions are met and would vote in favor. The other two, each believing that one condition for acceptance is not met, will vote against.

We can understand the two voting methods as two different ways to aggregate information. The paradox shows that the majority rule gives inconsistent results when aggregating information about the premises versus the conclusions. In the example the conclusion follows after the conjunction of the premises, but many other logical propositions can be used to show the paradox. Furthermore, numerous results have shown that this is not a special feature of the majority rule. In fact, these results show the impossibility of finding aggregation methods that deliver logically consistent judgments, that is, that give the same outcome regardless of whether premises or conclusions are aggregated. For a survey on this paradox read List and Puppe (2009) 1.

Given the impossibility of consistency, the next question is which approach, aggregating opinions about premises versus outcomes, is best. To address this problem one needs to be very specific of what is meant by “best”. Clippel and Eliaz (2015) 2 compare the two approaches in terms of their ability to aggregate information in the presence of strategic individuals with common interest. Contrary to what was assumed in the introductory example, strategic individuals may or may not report or vote according to their true information (the voting literature is full of examples in which voters do not). Common interest means that all voters want the same thing: to aggregate the information and to generate a correct conclusion after correct premises. In our example, that would mean that all three members of the jury want the candidate to be accepted in the premises are satisfied and want to know whether the premises are indeed satisfied. Strategic considerations in the doctrinal paradox where first addressed in Dietrich and List (2007) 3, but only for unanimity aggregators (where all premises must be true to follow the conclusion).

Clipper and Eliaz (2015) make use of Bayesian games to develop their analysis. This means that the different beliefs of the members of the jury must come after each member having access to different information. In a Bayesian fashion, ex-ante all members of the jury agree on the same a priori probabilities for each of the premises to be true. Then, each member has access to some private information (called a signal) that make them update their assessments according to Bayes rule. Since they may receive different information, they may end up with different beliefs about the premises. In their model, the signal is restricted to the values 0 and 1 for each of the premises and the decision rule comprises all super-majority rules (a proposition is accepted as true if a qualified majority of the voters agree that it is true, where the qualifying value may be any proportion of voters between a half for simple majority to almost unanimity).

In this model, the authors are able to prove the following theorems:

In plain English, the conclusion can be stated like this: although the premise-based method is better than the outcome-based one, it is only marginally better, as both tend to be efficient as the number of members increases except may be in extremely rare cases.