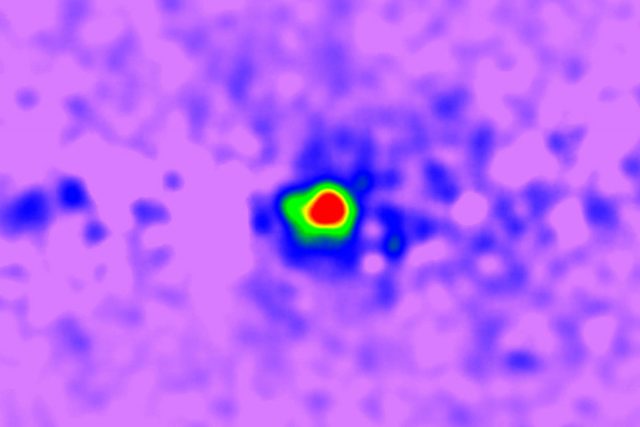 Signals from Milky Way’s center may be from pulsars, not dark matter

The abundance of gamma rays seen at the at the center of the Milky Way in data from the Fermi satellite may just be remnants of dead stars and not evidence of dark matter. Two separate research teams say signals coming from the galaxy’s center are likely being obscured by thousands of previously unknown pulsars.

The massive canines of ancient saber-toothed cats grew at an accelerated rate and were fully grown when the young cats were just 3 years old. Researchers examined Smilodon fatalis fossils found at the La Brea Tar Pits in Los Angeles and found that the growth rate for the huge teeth was about six millimeters per month, about twice the rate of human fingernail growth.

Some bearded dragon lizards undergo sex change within the egg

The calls of the Australian chestnut-crowned babbler can convey different meanings in different combinations. It is the first evidence outside of a human that an animal can use the same meaningless sounds in different arrangements to generate new meaning. It’s a very basic form of word generation.

A new species of centipede that lives in caves deep in Croatia’s Velebit Mountains has been named for Hades, Greek god of the underworld. Unlike many other centipedes of its order, Geophilus hadesi never leaves its completely dark domain. It navigates with very long antennae and body hair like fur, both of which help it capture prey, researchers said.