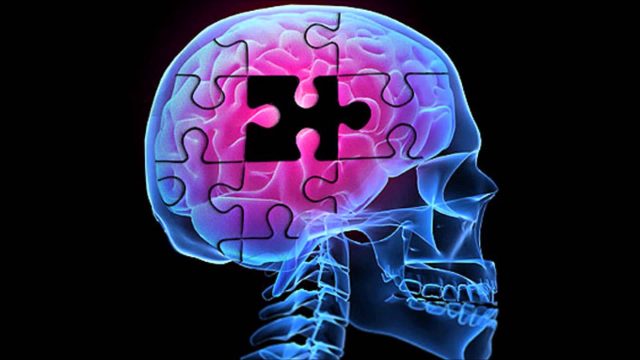 Increasing numbers of people are developing diabetes in our society and current predictions estimate that nowadays this disease affects about 9% of the whole population. As a consequence, health care systems in industrialized countries have developed many types of clinical interventions that prevent and treat classic complications of this disease and improve the lifetime and quality of life of diabetic patients (one cool example that could help patients’ quality of life is to monitor their blood glucose in their tears using smart lenses, an issue previously reviewed in MI).

Although is very good news that people are living longer with diabetes, aging with the condition might lead to the emergence of new clinical complications and, unfortunately, there is increasing evidence that dementia is one of those new complications: compared with the general population, diabetic patients are 2–4 times more likely to develop dementia states 12. Dementia is a general term for a decline in mental ability severe enough to interfere with daily life. Among different types of dementia, Alzheimer’s disease (AD) is the most common form and accounts for 60%–70% of all cases. Physiologically, AD presents some characteristic features including the presence of 1) extracellular senile plaques in the brain that contain a protein called amyloid-β (Aβ) and 2) intracellular neurofibrillary tangles that contain a protein called tau. Plaques of amyloid-β (Aβ) peptide, which can be detected 15 years prior to the onset of mental decline, are thought to be a key initiating factor in Alzheimer’s disease and that is the reason why there is a huge amount of research trying to understand which factors promote the appearance of these amyloid plaques 3.

On the other hand, in diabetic patients insulin is not properly produced or not effectively used (i.e., the body ignores existing insulin) which can increase blood sugar levels causing a state called hyperglycemia. This aberrant glucose handling is known to produce important damages in the body and very recently it also has been linked to Alzheimer’s pathology by the group of David M. Holtzman at Washington University in St. Louis. The researchers have found that when they doubled blood glucose in a mouse model of Alzheimer’s disease they were able to produce a significant increase in the amyloid-β (Aβ) peptide production in the brain. In young AD mice, doubling glucose levels in the blood increased amyloid beta levels by 20 percent but when the experiment was repeated in older AD mice (which already had developed brain plaques) amyloid beta levels rose by 40 percent. This increase was related to neuronal activity and the researchers propose that spikes in blood glucose increased the activity of neurons in the brain which in turn promoted the production of amyloid beta 4 . So the idea is that having pathologically high glucose levels in your blood can promote the production of the Aβ peptide, which eventually aggregates in plaques and the appearance of those plaques could be a starting point to develop Alzheimer’s disease.

This research pinpoints an important link between both diseases, but it is not the first evidence we have. In fact, a lot of research is lately showing that Alzheimer’s disease and diabetes share some of the underlying molecular features that lead to both pathologies. One of these shared features is that neurons of Alzheimer’s patients exhibit marked insulin resistance, exactly as cells from type 2 diabetic patients do. In healthy neurons, insulin regulates the number and strength of neuronal connections and lack of insulin is thought to impair the transmission of information and produce declines in mental ability 56. Another impressive shared feature goes the other way around – the pancreas of diabetic patients show amyloid-β plaques and tau deposits, exactly as neurons from Alzheimer’s patients do 7. This is called pancreatic islet amyloidosis and has been postulated to be one of the main contributors to impaired insulin secretion. The third shared feature is cellular oxidative stress: in diabetes, increased blood sugar levels are thought to increase oxidative stress, a type of cellular stress that damages internal components of cells leading to tissue malfunction. One of these damaged components is the mitochondria, the organelle that produces most of the energy of cells in the form of ATP (which is known as the energy currency molecule of the cell). Neurons are highly dependent on ATP 8 and the lack of mitochondrial function is thought to be highly involved in several types of neuronal degeneration, including Alzheimer’s 9. Also, during the last years there has been an increase in research showing that insulin deficiency and insulin resistance are possible mediators of AD-type neurodegeneration. Even more, part of the scientific community is starting to re-name Alzheimer’s disease as type 3 diabetes, proposing that AD represents a form of diabetes that selectively involves the brain 1011.

One way to demonstrate that Alzheimer’s could be considered a type of diabetes would be to show that anti-diabetic drugs or insulin administrations are useful preventing AD neurodegeneration or at least could help to improve patient symptoms. Therefore, several approaches are being tested including intranasal administration of insulin or treatment with anti-diabetic drugs such as metformin, PPARγ inhibitors or GLP-1 activators. These approaches are just starting, but some of them are showing interesting results. As an example, intranasal insulin administered twice a day during 4 months in patients suffering mild to moderate Alzheimer’s disease seemed to improve delayed memory and cognitive function 12. The authors of this test also used 18f-fluorodeoxyglucose (18F-FDG), a modified version of the glucose molecule that can be visualized in the human brain using Positron Emission Tomography (PET) and is used as readout of brain metabolism. In the case of AD patients, this technique usually shows a reduction of brain metabolism that reflects brain malfunction, so the authors scanned brain’s patients before and after intranasal insulin administration. Different amounts of insulin were applied and the researchers could observe that brain metabolism is partially restored with the treatment which is in agreement with the improvement of mental abilities of the patients.

This is just one example, but other approaches are currently being explored in different clinical trials with different anti-diabetic drugs. The results and effectiveness of this and other experiments will shed light on the cause of Alzheimer’s disease and, more importantly, they might show an effective way to treat this devastating disease that is nowadays affecting 30 million people worldwide.