We recently explored the concepts that Faraday introduced regarding the relationship between electricity and magnetism. In this article we focus on their treatment by Maxwell.

The work of Oersted, Ampere, Henry, and finally Faraday had established two basic principles of electromagnetism:

1. An electric current in a conductor produces magnetic lines of force that circle the conductor.

2. When a conductor moves across externally set-up magnetic lines of force, a current is induced in the conductor.

In the 1860s, James Clerk Maxwell developed a mathematical theory of electromagnetism. In it, he added to and generalized these principles so that they applied to electric and magnetic fields in conductors, in insulators, and even in space free of matter. In 1855, less than 2 years after completing his undergraduate studies at Cambridge University, Maxwell had already presented to the Cambridge Philosophical Society a long paper titled “On Faraday’s Lines of Force.” It described how these lines are constructed:

“… if we commence at any point and draw a line so that, as we go along it, its direction at any point shall always coincide with that of the resultant force at that point, this curve will indicate the direction of that force for every point through which it passes, and might be called on that account a line of force. We might in the same way draw other lines of force, till we had filled all space with curves indicating by their direction that of the force at any assigned point.”

Maxwell stated that his paper was designed to

“show how, by a strict application of the ideas and methods of Faraday, the connection of the very different orders of phenomena which he has discovered may be clearly placed before the mathematical mind.”

During the next 10 years, Maxwell created his own models of electric and magnetic induction. In developing his theory, he first proposed a mechanical model for the electrical and magnetic quantities observed experimentally by Faraday and others. Maxwell then expressed the operation of the model in a group of equations that gave the relations between the electric and magnetic fields. He soon found these equations to be the most useful way to represent the theory. Their power allowed him eventually to discard the mechanical model altogether. Maxwell’s mathematical view is still considered by physicists to be the proper approach to the theory of electromagnetic phenomena and it is widely used by DIPC researchers, for example. 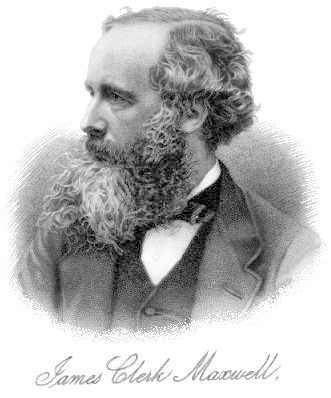 3. An electric field that is changing with time must be accompanied by a magnetic field.

It is one thing to accept this newly stated connection between electric and magnetic fields. But it is a little bit harder, and more interesting, to understand the physical necessity for such a connection. We will explore it in a forthcoming article.

The necessary connection between electric and magnetic fields

The unrehearsed lecture that changed the physics of light