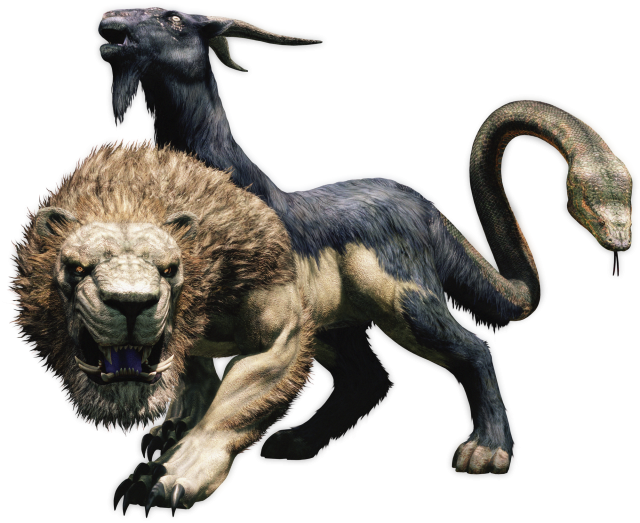 Chimera was a monster from the Greek mythology, a hybrid creature usually depicted as a lion, with the head of a goat arising from its back and a tail ending in a snake. In biology, the term «chimera» is used for a single organism with genetically distinct cells from two different zygotes, also a hybrid being.

Astrocyte is also a Greek word (Astro from astron = star and cyte from kyttaron = cell). Astrocytes are star-shaped glial cells with long tendrils widely distributed in the central nervous system. Originally, they were considered as rather passive cells, forming a scaffold for the neurons and acting as a filter for substances passing from the blood to the nervous tissue. Later studies demonstrated that they are very active cells providing nutrients to the neurons, maintaining the homeostasis of the extracellular liquid, releasing gliotransmitters, coordinating the transmission of electrical impulses, regulating neural stem cells, forming synapses and being involved in the response of the brain to injuries, among other functions.

A research group from the University of Rochester Medical Center in New York has generated a human-mouse chimera 1 . They took immature glial cells from human fetuses obtained at abortion and injected them into mouse pups. The transplanted human cells survived, migrated, differentiated into glial cells with the same aspect as human astrocytes and gradually they took over space, occupying an important part of the volume normally filled by the own mouse astrocytes. It resulted in widespread glial cells engraftment throughout the brain and spinal cord, with infiltration and chimerization of the forebrain, brainstem, and cerebellum, and ultimately the spinal cord and roots. 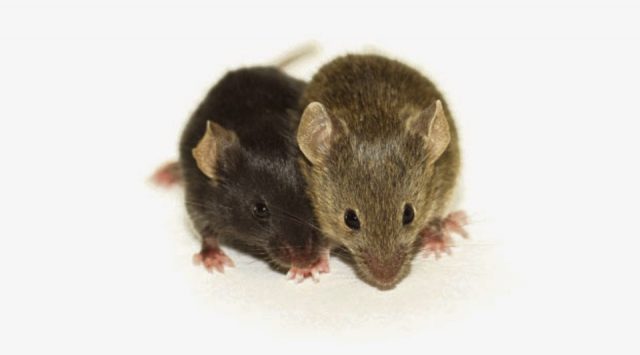 The human glial progenitor cells exhibit a competitive dominance when transplanted into the mouse brain that results in the effective, and often complete, replacement of mouse glial progenitors by their human counterparts, with subsequent astrocytic differentiation, thereby yielding murine brains in which human glial cells predominate2. The neurons, that make up about half of the brain cells were mouse neurons but almost all the glial cells were humans. The transplanted cells divide and multiply, they took over the mouse brain, stopping only when they reached the limits of the space available, the brain volume. By a year after neonatal xenograft, the forebrain glial cell populations of implanted mice were largely, and often entirely, of human origin. Since the initial doses were 300,000 cells/recipient and the animals rescued by neonatal progenitor transplantation had an average of 12 × 106 human glía, they have expanded by at least 40-fold by 12 months. When glial progenitor cells from human and murine origin were compared, it was found that human cells remain mitotically active long after the allografted murine glial progenitors has slowed. This difference generates a selective expansion of the human glial cells and may contribute, at least in part, to their dominance over time in the host mice.

The engrafted human glia were gap junction-coupled to host astroglia, yet retained the size and pleomorphism of hominid astroglia, and propagated calcium signals 3-fold faster than their hosts 3. Strikingly, these mice with transplanted human cells displayed improved long-term potentiation and learning, suggesting the potential importance of human glial cells in the unique cognitive abilities of human brains. After different tests for memory and cognition, chimeric mice had better results than their normal siblings. Their memory, as an example, seemed about four times better. Mice allografted with murine glial progenitor cells showed, by contrast, no enhancement of either LTP or learning. Human astrocytes are 10 to 20 times the size of mouse astrocytes and carry 100 times as many prolongations. It has been hypothesized (1, 2) that because of this larger size, they can coordinate the impulses more adeptly than mouse astrocytes can, comparing it to ramping up the power of a computer (2).

The brain is considered an immunoprivileged location and it does not reject foreign cells. Then, it is not surprising that the transplanted cells survived, multiplied and differentiated, what is it surprising is that the chimeras surpassed their controls.

The same research group also studied the differences when the human glial progenitor cells were transplanted into the shiverer mouse, a type of animal that shows a hypomielination, a lethal mutation 4. In these mutant mice, the human cells densely engraft and myelinated the axons of the host mice, showing that the differentiation of the donor cells is influenced by the host environment. Thus, in the mutant with defective myelination more cells differentiated as oligodendrocytes –the cells responsible for myelination– than in wild types, where the transplanted cells were more likely to remain as progenitors. The transplanted mice exhibited efficient oligodendrocyte differentiation and myelination, permitting the clinical rescue of these otherwise lethally hypomyelinated mice, an impressive example of cell therapy.

Can a mouse stammer?