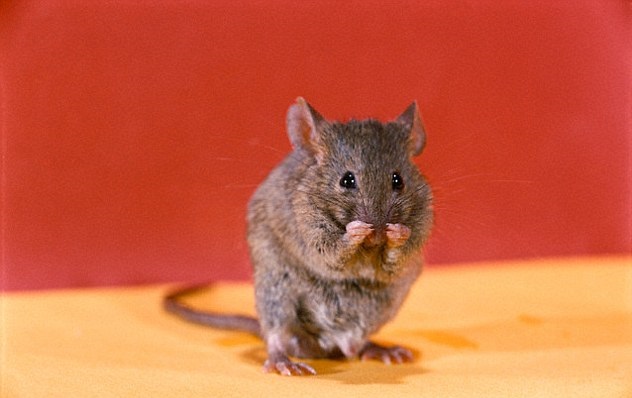 Stammering, stuttering or alalia literalis is a speech disorder characterized by involuntary repetition and prolongations of sounds, syllables, words or phrases and involuntary silent pauses or blocks where the affected person is unable to produce sounds. Around 1-in-20 children aged 2 to 5 years old will stammer at some moment, but most grow out of it. The condition is more likely to persist in males and around four times as many adult men stutter than adult women. Since speech remains a uniquely human skill, stuttering seems to be a uniquely human condition. But maybe not.

Though stuttering is manifest in its motor characteristics, its cause is not a pure motor impairment since it is increased by linguistic factors, such as syntactic intricacy and length of utterance, and decreased by changes in perception, such as masking or manipulated auditory feedback. Stuttering has been blamed on anxiety, stress and even overanxious parenting, but the primary driver for the disorder is now considered neurobiological with stress potentially exacerbating the condition but with differences in the brains of people who stutter versus those who do not. Interestingly, some people acquire a stammer as a result of brain trauma. It is presently considered that stuttering is a condition related primarily to disruption in the cortical and subcortical neural systems supporting the selection, initiation, and execution of motor sequences necessary for fluent speech production.

Brain imaging of people who stammer is pointing to neurological differences in different brain regions including the arcuate fasciculus and Broca’s area. Genetic evidence related to the FOXP2 gene –thought to be responsible for speech– implicates Broca’s area in linguistic function and dysfunction, but the gene itself is a highly conserved developmental gene in vertebrates and is shared with only two or three differences between humans and great apes, five between humans and mice, and eight between humans and songbirds.

Genetic factors have been implicated in stuttering, and studies on persons who stammer have identified linkage to markers on chromosome 12. Changsoo Kang and his group 1 studied the chromosome 12q23.3 genomic region in consanguineous Pakistani families, some members of which suffered stuttering. They identified a missense mutation in the N-acetylglucosamine-1-phosphate transferase gene (GNPTAB) and three mutations in the NAGPA gene, which encodes the so-called uncovering enzyme in affected persons but not in control subjects. These genes encode enzymes that generate a signal which directs a diverse group of hydrolases to the lysosome. This was a surprise since this procedure was considered important for general housekeeping duties, such as digesting waste inside the cells’ bodies 2 .

Mice are geneticists’ best friends. They breed and mature very quickly, which makes of them very convenient candidates for genetic experiments. Over 90% of the mouse and human genomes can be partitioned into corresponding regions of conserved synteny, reflecting segments in which the gene order in the most recent common ancestor has been conserved in both species. Disease-causing mutations in mice and humans are usually the same so that understanding how genes work in mice help a lot understanding our own DNA. Even phenotypical mutations, such as those responsible for eye or hair color, show a strong similarity between humans and rodents. However, speech is a different problem. The human variant of the FOXP2 gene has been inserted in mice and the results are stunning. Although mice do not have the required vocal chords to speak like us, their brain circuitry and communication patterns were altered significantly.

The same research group at the National Institute on Deafness and Other Communication Disorders that studied GNPTAB in Pakistani persons who stutter has created mice that carried the Gnptab mutation and they recorded the sounds of the of the 3- to 8-day-old mice pups 3. These young animals make spontaneous sounds when they are taken from their mothers, but also, when are in pain, meet another mouse or want to attract a mate. They make complex sounds all the time, at pitches too high for the human ear to detect. Mice with the mutation produced near a third fewer sounds, with longer paused between the noises they made, and within the bouts of vocal activity, squeaked out more single syllables that their control littermates. The pauses and the repetition of syllables seem to mimic the alterations that can break up the smooth flow of speech in persons who stutter. The research group developed an algorithm to analyze the length of pauses in the spontaneous vocalizations of the mouse pups. They found that mice carrying the mutation exhibited longer pauses than those without the mutation. The researchers applied the same algorithm to recordings of people talking, some of whom stuttered and some of whom did not. The algorithm accurately distinguished people who speak fluently from people who stutter. Thus, they vocalized in an abnormal pattern reminiscent of human stuttering.

Charles Darwin stuttered, as did his Grandfather, Erasmus, a physician, philosopher, inventor, abolitionist, and poet. His poems included much natural history, including a statement of evolution and the relatedness of all forms of life, ideas that will develop to the highest expression his grandson Charles. Both Charles and Erasmus would presumably be happy that this condition is better understood now than ever and that we can use this mutant mouse as an animal model of stuttering.