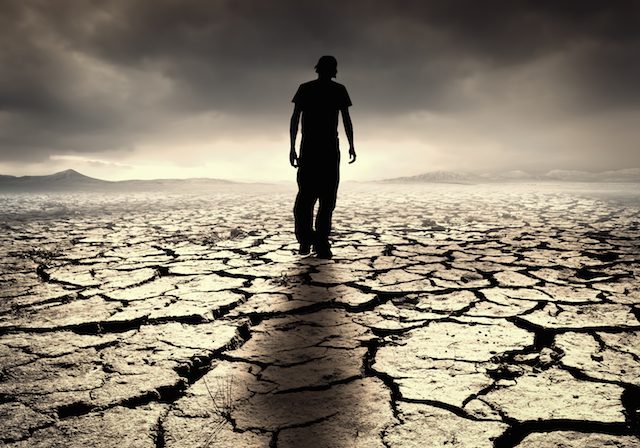 Humans are naturally social. Yet, the modern way of life in developed countries is greatly reducing the quality and quantity of social relationships despite the use of modern technologies that provide an illusory richness of interpersonal contacts. Many people in industrialized nations live far from their relatives, delay getting married, and more and more people of all ages are living alone. Loneliness is becoming increasingly frequent and feared.

Loneliness is a scourge, a feeling of emptiness or hollowness inside you. It is a complex and usually unpleasant emotional response to isolation or lack of companionship. It is different from solitude, which is simply the lack of contact with people. In loneliness, there is a mismatch between one’s desired and achieved levels of social life and the affected person feels sad about it. Although lonely people exist since time immemorial, recent research has demonstrated that is a clear factor in health outcome. It is not only that loneliness typically includes anxiety, feeling lonely or socially isolated increases coronary heart disease 1, stroke risk and cognitive decline and it is related to poor immune system function and poor sleep quality. As a couple of examples, lonelier people are more likely to show evidence of herpes virus reactivation or have stronger inflammatory responses to acute stress than less lonely people.

Actual and perceived social isolation are both associated with increased risk for early mortality 2. For a social species as ours, to be on the edge of the social perimeter is to be in a dangerous position, more prone to suicide, with a higher chance of developing clinical dementia, and more prone to depression. There is no difference between objective and subjective social isolation and results remain consistent across gender, length of follow-up, and world region, but initial health status has an influence, as it can be expected. Results also differ across age of the volunteers, with social deficits being more predictive of death in groups with an average age younger than 65 years.

There are different kinds of loneliness and different degrees of loneliness. It can be experienced as a vague feeling that something is not right, a kind of minor emptiness or it can be felt as a very intense deprivation and deep pain. One type of loneliness might be related to missing a loved one because he/she has died, a breakup has happened or he/she is so far away. Another type might involve feeling alone and our of contact with people because you are actually isolated from things such as a night shift or a working position where people seldom go. A third possibility is that you feel emotionally isolated although there are many people around you but you feel incapable of reaching out to them.

The cause of isolation is multiple. Some persons lack friendship relations during childhood and adolescence and it affects them throughout adult life. Others have a physical illness, mobility problems or mental conditions that separate them from the people around. And as said above, some persons are surrounded by people but they nevertheless felt lonely, detached or unsupported.

Loneliness can be contagious and occurs in clusters 3. The spread of loneliness was found to be stronger than the spread of perceived social connections, stronger for friends than family members, and stronger for women than for men. When one person in a group begins to feel lonely, the negative emotion can spread to others, increasing everybody’s risk for feelings of loneliness but we do not know exactly why loneliness is detrimental to health. People who describe themselves as isolated or lonely tend to engage in fewer positive behaviors such as physical activity, medical check-ups or adherence to treatments and, in addition, engage in more negative behaviors such as smoking, drinking alcohol or abnormal feeding habits (too much or too few food) but it is unclear whether this is the complete answer.

There are ways to change these feelings of loneliness. First, you must accept that you are feeling so. Sometimes, this is a difficult task and it is helpful to express those feelings in some way such as writing in a diary, writing an imaginary letter to a friend or relative, drawing a picture, making up a song or talking with other people. Another recommendation is to become more active, telephone, write, e-mail or visit family and friends. Get involved in activities or clubs, an enjoyable activity that gives you opportunities to meet persons with similar interests.

Loneliness is comparable to well-established risk factors such as obesity, blood pressure, substance abuse, smoking, injury, and violence. It should be treated as a public health problem since it is, in fact, an invisible epidemic that affects the lives of millions of people. Physicians, public health politicians, educators, and the media should realize that social life influences the health of adults and that poor social relationships are a serious health risk factor4.