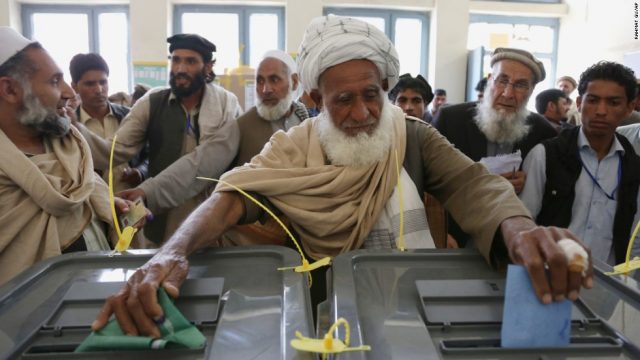 Different electoral rules have consequences on the strategic behavior of voters, political selection and policy outcomes. There is ample literature on the links between electoral rules and policy outcomes (see, for instance, Cox, 1997 1; Persson and Tabellini, 2000 2, 2005 3, and Norris, 2004 4). However, the extent to which the quality of the elected politicians has been received limited attention. Beath et al. (2016) 5 make a contribution on precisely this issue. The authors concentrate on two alternative electoral rules: the district election system, where only one candidate per district gets elected, and the at-large election system, where constituencies are larger and multiple candidates are elected. The question of study is whether the choice of one rule versus the other has consequences on the quality of the elected candidates and on the policies they implement. To this end, the authors first develop a theoretical model and, then, contrast the predictions with a field experiment in Afghanistan.

One can get a good intuition of how the different rules affect the quality of the elected candidates in a series of simple examples. Consider a linear city that has to decide where to locate a public facility. For instance, their inhabitants are located and uniformly distributed along a river or a street. Now, they have to elect a council of two members where every citizen is a candidate. They know that once elected, each council member will try to locate the public facility near their own dwelling. The two members in the council will negotiate with the result that the facility will be located in the equidistant point between them. Let us see what happens in the different scenarios when voters anticipate all this.

At-large elections: The whole city is a constituency that elects two representatives. The location of the public facility in the center point of the city wins against any other location. To get this location, one needs that the two city council members be equally distant (but in opposite directions) from the city center. No other configuration will receive more votes.

District elections: The city is divided in two geographical halves, left and right, and each one will be a district electing one member of the council. In this situation the strategic voting will elect the extreme point. Consider any other possibility, for instance that each district elects a representative located in the middle point of the district. Given that, the result is the location of the facility in the center of the city. But now, the majority of the voters in, say, the left half, will prefer to vote for a more extreme leftist candidate to bring the facility closer to the left. The rightists have the same incentives, and the only equilibrium has both districts electing their most extreme citizens.

Let us now introduce the quality of the candidates. To keep the example simple, let say that the city has just one citizen competent as a council member. Competence means that the building of the facility is properly managed, with the right quality, timing, and efficiency. Wherever the facility is located, voters prefer one that is properly built. Now let us review our equilibria.

District elections: Here there are two possible equilibria. In one of them, each half of the city will choose the most extreme candidate as before. There is the possibility, however, that the half with the competent individual chooses him or her. This is the case if the utility of getting the chosen project completed competently is higher than the utility of getting the project in the middle point, but incompetently. Which equilibrium prevails depends on how important is the competence in getting the project well done.

Based on the theoretical results in the more general case, the authors find eight empirical predictions:

The National Solidarity Programme, NSP, devised in 2010, is the largest development program in Afghanistan, to be implemented in over 32,000 villages. The program makes two interventions (i) create an elected Community Development Council and (ii) the implementation of village projects. NSP disburses block grants valued at

60,000, to fund local development projects. Projects are selected by the council and are ordinarily focused on either the construction or rehabilitation of infrastructure, such as drinking water facilities, irrigation canals, roads and bridges, or electrical generators; or the provision of human capital development, such as training and literacy courses. A pilot program was conducted in 250 randomly selected villages to assess the impact of the program. Two rules to select the community council were considered, corresponding to the district and at-large elections discussed in the theoretical model above.

The competence of the candidate is measured using the educational level or occupation. The authors use three measures of heterogeneity: fractionalization of preferences over projects, ethnic heterogeneity; and geographic size of villages. The quality (effectiveness) of the projects are measured using data on access to clean drinking water and electricity, and agricultural productivity, which are the objectives of the most commonly funded projects.

Overall, the authors find evidence for most of the predictions. In particular, the quality of implemented development projects was higher in villages assigned to at-large elections and no evidence was found that the faster implementation of projects in at-large villages came at the sacrifice of project quality. But on the whole, estimates using measures of villager welfare and opinion from the midline and endline surveys, rather than objective measurements, are weakly consistent with the eighth empirical prediction.