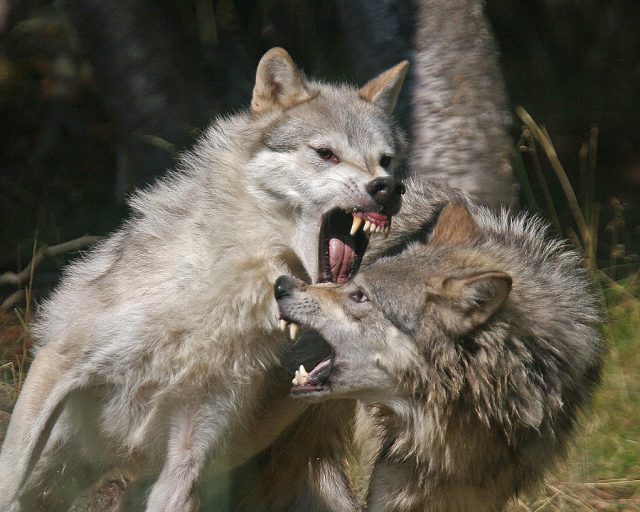 In social species, the dominant individual is often called the alpha. Depending on the species, the alpha may be a male, a female, both or a pair. The alpha individual usually presents a certain behavior: dominant, assertive, brash and usually has privileged access to food, mates, or best space, while the other members of the group demonstrate with different behaviors their subordination and respect. The alpha position is usually achieved by physical power, either greater strength or higher aggressiveness, but can also be achieved by more complex cognitive strategies such as the organization of alliances forming a coalition that can overcome an individual objectively stronger than any in the group of partners.

A Chinese team of researchers led by Hailan Hu has managed to identify a brain circuit that is key in the processes of social dominance in mice 1. The group of Zhejiang University has managed to change the social position of animals without increasing the physical strength of the animal or its aggressiveness, simply changing its dominance behavior: «it increases their perseverance, motivational drive, grit» according to Hu. 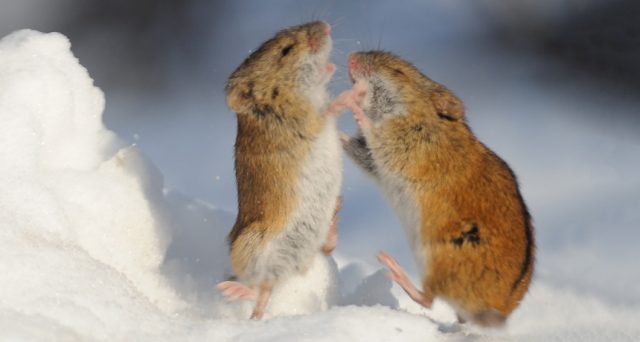 In many species, social hierarchy is established after competitive rituals that organize the ranks without causing actual severe damage and minimize conflict between cage mates. Researchers who study the process have observed a phenomenon called the «winner effect», in which each victory over a peer increases the odds of winning the next showdown 2. Then, social dominance in mice and probably in many other species depends on their history of victories and defeats in social contests.

The Chinese team built a standardized competition set that pitted male mice against each other inside a tube. The scientists pitched animals of different rank against each other and then, they registered how much each animal engaged in a range of dominance or submissive behaviors including initiating a push against the other mouse, pushing back, resistance, retreat or stillness. Analyzing brain activity, they were able to identify the neurons involved in these behaviors. This neural population shows “effort”-related firing during moment-to-moment competition in the dominance tube test.

The «winner effect» is mediated by neuronal projections from the thalamus to a brain region called the dorsomedial prefrontal cortex (dmPFC). The dmPFC is activated during social interactions and it is involved in decisions about whether to be assertive or submissive with others (1).

After the animals have established a social rank, the investigators gave them drugs that inhibited the subset of neurons and, after a few hours, the treated mice engaged in fewer and less vigorous pushes and pushbacks, and retreated more often.

In a third experimental approach, the authors used optogenetics to selectively activate those neurons located in the dmPFC. Optogenetics is a biological method which involves the use of light to control cells in living tissue, typically neurons, that have been genetically modified to express light-sensitive ion channels. The mice were genetically engineered so that the target group of neurons was light-sensitive, meaning that the scientists could switch the circuit on and off at will by shining a laser into the mouse brain. In fact, activation or inhibition of the dmPFC induced instant winning or losing, respectively.

Selective manipulation of synapses driven by the input from the thalamus to the dorsomedial prefrontal cortex revealed a causal relationship between circuit activity and mental effort–based dominance behavior. Thus, synapses in this pathway store the memory of the previous winning or losing history. When this brain circuit was artificially activated, it transformed timid individuals into bold alpha mice that almost always prevailed in social encounters. As a result, lower ranked mice move up the social ladder to more dominant positions 3.

In one experiment, one low ranking mouse was seen putting up only a weak resistance, but when the “alpha” circuit was stimulated for 10 seconds it adopted a «melee» drive, propelling its opponent along the tube. With brain stimulation, low ranking mice won 90% of the time against animals they would normally have lost to. It hints that it might be possible to acquire «alphaness» simply by adopting the appropriate mental attitude.

Curiously and in agreement with the «winner effect», the experience of winning appeared to leave an imprint on some of the rodents, making the winners more assertive, even when their neurons were no longer being optogenetically controlled. The champions of a previous match were found to be more confrontational in a second set-up in which they competed to occupy the warm corner in a cage with an ice-cold floor. After a set of optogenetically controlled behavior, some mice returned to their original rank but some others conserved this newly acquired position.

The authors note that similar circuitry exists in the human brain, and although our social hierarchies are less rigid they argue that similar mechanisms may be at play although it has still to be demonstrated. The findings, they suggest, could have applications in understanding a variety of psychiatric conditions where people exhibit overly dominant behaviors or lack the motivation to compete socially and it helps to understand the involvement of brain regions linked to planning and decision-making in establishing social ranks. Maybe it can be also used to build confidence in an athlete before an important game, inducing him to play a video game to have the winner confidence that will provide a winner experience boost. And these mechanisms suggest that is possible that there is some truth in the words of a narcissist like Donald Trump who has declared «My whole life is about winning. I almost never lose» (3).

A universal theory for heteropolymer design