Author: Gerardo Ferrer got his Ph.D. in Medicine from the University of Barcelona in 2012. Currently, he is a postdoctoral researcher at the Karches Center for Chronic Lymphocytic Leukemia Research and Center for Oncology and Cell Biology, The Feinstein Institute for Medical Research, in Manhasset, NY 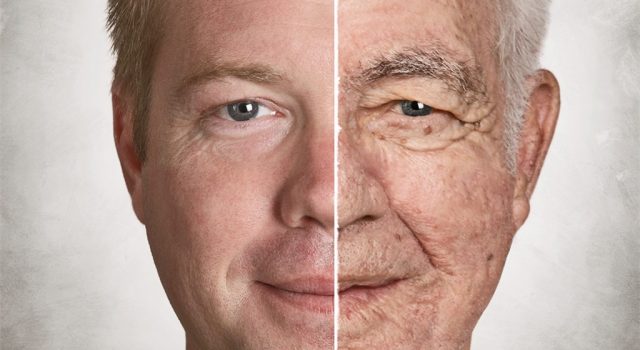 Aging is one of those topics mankind is always trying to understand, especially whether it can be reversed or stopped. With increasing age come not only alterations in appearance, but also associated changes like the degeneration of tissues such as muscles, bone and neural tissues or a higher predisposition for disease. In recent years, we have begun to understand changes associated with aging of the organism at the cellular and molecular levels, that might have a dramatic impact on the development of new therapies which would improve the health and life span of mankind. But as we learned from cancer therapy, this will be no “fountain of youth” as no single agent is likely to be effective in palliating all the effects associated with aging.

As with other tissues, the hematopoietic system is also compromised with aging with higher frequencies of anemia, leukemia and deficient immunity. Every day an adult human produces between 1011 to 1012 new hematopoietic cells. To put these numbers in perspective, the lower limit of this range is not only about ten times greater than the human population at this time, but it is of the order of the estimated total number of people who ever lived on earth (>1011). This production of hematopoietic cells is accomplished by the hematopoietic stem cell (HSC) population together with a well-organized microenvironment. With age, human HSCs increase in number, but their self-renewal capacity diminishes along with their reconstitution potential upon transplantation. In addition, human HSCs become more myeloid-biased in their differentiation potential.

Recently two publications tried to shed light on HSCs and aging 12. By using two different approaches described briefly below, the authors observed how the total number of cell divisions are important for the HSC multilineage potential and how aged HSCs are not permanently “damaged” but can recover their differentiation ability.

Bernits J.M. et al. identified long-term HSCs (LT-HSCs) at different time points of the mouse lifespan by their ability to retain a pulsed histone 2B green fluorescent protein at a young age. This small group of HCSs characterized by their minimal division over time is believed to be the reservoir of the stem cell population. The authors observed that this population from older mice can promote a multi-lineage engraftment in transplanted mice while the non LT-HSCs from older mice having a preferential myeloid expansion. Furthermore, within HSCs this LT-HSC population decreased as a percentage but increased in numbers with age. The most interesting point was that they could follow the division of LT-HSCs up to 4 divisions after which point cells loss LT-HSC activity, indicating that HSCs have a mechanism that keeps track of the number of divisions and even a single division can change their behavior and regenerative capacities.

Wahlestedt M. et al. used a genetic barcoding strategy to evaluate the multilineage potential of HSCs from young and aged mice at the clonal level by performing competitive transplantation. As expected, HSCs from aged mice preferentially differentiate to the myeloid compartment but a small fraction of clones keep their multi-lineage potential which demonstrates that aging does not affect all HSCs in the same way. They then performed a very interesting experiment to evaluate if an aging phenotype is heritable: they generated induced pluripotent stem (iPS) lines from aged HSC clones that were unable to differentiate into T cells. Next these lines were injected into the blastocyst/ morula and implanted. iPS clones present a similar regenerative capacity as young HSCs in the chimeric mice and also in the secondary transplantation, supporting the notion that the limited potential of aged HSCs can be reverted.

Combining results from these two works, HSCs are constituted by a heterogeneous group of cells that evolve over time such that cells divide and acquire new phenotypes; Bernits J.M. et al. were able to associate the number of cell divisions and phenotype with their regenerative potential. Suggesting that there is a mechanism yet to be revealed able to take into account the extent of cell cycles. In addition, this mechanism seems to be reset or abolished by the dramatic manipulation of IPS generation.

These two works brought us closer to understanding how HSCs change with age and if this effect can be reversed. But other concerns need to be addressed. The main focus of these works is the regenerative capacity of the HSCs. In the paper by Bernits J.M. et al. this is mainly performed by LT-HSCs while the continuous supply of hematopoietic cells is performed by non LT-HSCs. This latter group of cells may present a different mechanism for aging and slightly different approaches will be required for their investigation. In recent years, a growing literature revolves around the close crosstalk between HSCs and the microenvironment. This microenvironment also evolves with age, impacting on HSCs; thus reversing HSC aging may not be the only effective or complete solution. While our understanding of the effects of aging in animal models like the mouse is increasing rapidly, in humans this type of information is less complete. In addition, lineage differentiation differs between human and mice, thus it will be important to understand if the findings in the mice and other organisms can be transferred to humans.