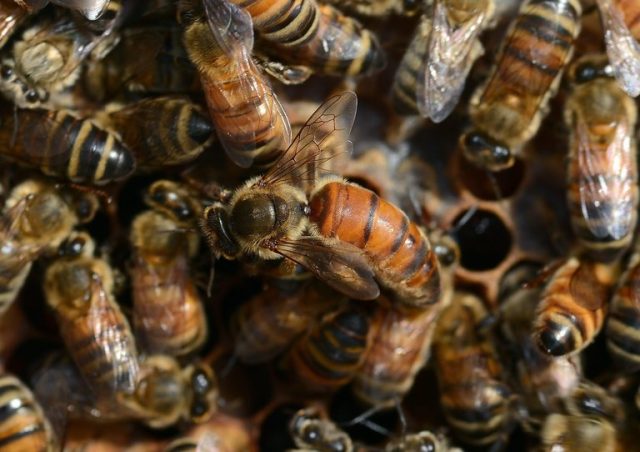 Plant microRNA plays a key role in determining whether a female honeybee develops into a queen or a sterile worker. The tiny molecules are present in bee bread, a mixture of pollen and honey that is fed to larvae that become workers, and they alter genes associated with physical development and sterility.

Bizarre brain-like blobs found in a lagoon in British Columbia are bryozoans, colonies of hundreds of organisms called zooids. The rarely seen gelatinous masses have been revealed due to low water levels, researchers say, although they are unsure how or if they have spread.

A robot that can propel itself through granular substances such as sand and snow with its coiled tail is described in a study published in Physical Review Letters. The bullet-shaped head of the small robot remains still while its coiled tail rotates, and researchers say it could be useful in search-and-rescue operations or other kinds of explorations.

Researchers have located traces of a nova first noted by Korean astronomers in 1437. The debris left by Nova Scorpii AD 1437 is giving modern astronomers more clues about how novas work.

Results of a study suggesting that a gene-editing process corrected a mutation in human embryos that causes hypertrophic cardiomyopathy have been called into question by a group of stem-cell researchers and geneticists in an article published on the preprint server bioRxiv. Authors of the study, which was published last month in Nature, stand by their findings.