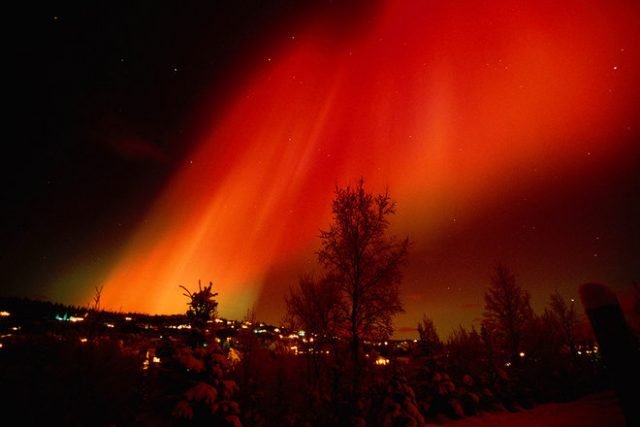 A powerful geomagnetic storm is the likely cause of red auroras seen in the skies for nine days over much of East Asia in 1770. Researchers scoured more than 100 historical documents and drawings to find accounts of the major event, which appears to have been just as powerful as the strongest magnetic storm ever recorded, the Carrington Event of 1859.

After sorting through 52 million echolocation signals in underwater sound recordings, a computer algorithm has found six previously unidentified dolphin click varieties. Researchers say that figuring out which species of dolphin is making these clicks could help them better track the movements and populations of wild dolphins.

The compound eye of a 530-million-year-old trilobite fossil is giving researchers clues about how little compound eyes have evolved. “This may be the earliest example of an eye that it is possible to find”.

Use of hormone-releasing contraceptive devices and birth control pills can increase the risk of breast cancer. Researchers looked at data on almost 1.8 million women over more than a decade.

The highly resilient tardigrade has unique proteins that form a gel that protects other proteins when the tiny creature dries out. “In tardigrades, gels encapsulate sensitive proteins, preventing them from unfolding and preventing aggregation”.