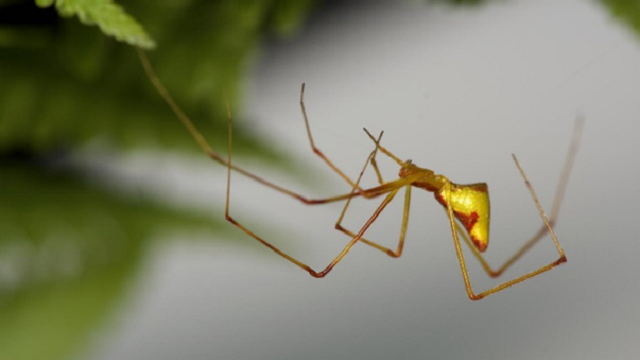 Hawaiian stick spiders living on a number of different islands quickly evolved the same trio of colour variations several times as they moved into new habitats. “They arrive on an island, and boom, you get independent evolution to the same set of forms,” said study author Rosemary Gillespie.

Jupiter’s colorful bands of cyclones stretch deep into the planet at about 1,864 miles, or about 3,000 kilometers, deep, according to data collected by the Juno space probe. “This is all really important for understanding atmospheric dynamics, not just on Jupiter but on other gaseous planets like Saturn, Uranus and Neptune and also the exoplanets we’re now discovering,” said Tristan Guillot, author of a number of papers on the Juno data published in Nature.

When one of two layers of graphene is twisted a specific way, the layers become superconductive. The discovery could help researchers as they search for superconductors that can work at room temperature.

The penetrability of a fruit fly’s blood-brain barrier varies according to the insect’s circadian rhythms, making it easier for drugs to enter the brain at night and more difficult during the day. The findings suggest that medical treatments could be more effective depending on when they are administered.

The Captorhinus, a reptile that lived 289 million years ago, could detach its tail to get away from predators and is the oldest lizard species known to have that ability. Cracks in the lizard’s tail bones allowed the body part to be pulled away like a perforated paper towel should a predator grab on to it, allowing the lizard to escape.