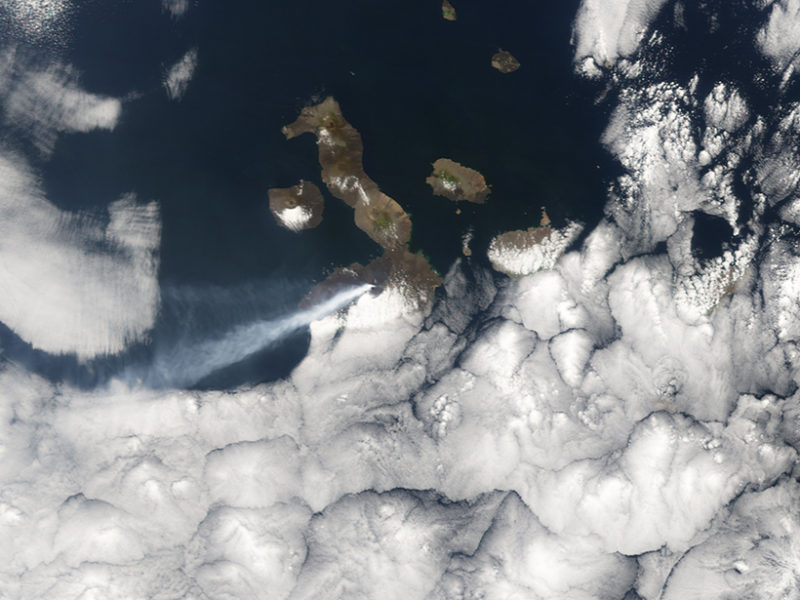 Satellite radar and algorithms can be used to determine when a volcano is on the verge of an eruption. Interferometric synthetic aperture radar images can show ground movement at volcanoes and an algorithm can analyze the changes, compare them to previous movements and create an alert.

Synthetic neurons may one day replace faulty real ones

Researchers are working on synthetic neurons on microchips that could help people whose neural connections are disrupted. “Any area where you have some degenerative disease, such as Alzheimer’s, or where the neurons stop firing properly because of age, disease, or injury, then in theory you could replace the faulty biocircuit with a synthetic circuit,” said Alain Nogaret, author of a study published in Nature Communications.

Roundworms appear to live longer when they are exposed to higher levels of biochemical stress when they are young. “The general idea that early life events have such profound, positive effects later in life is truly fascinating,” says study author Ursula Jakob.

The first batch of data received from NASA’s Parker Solar Probe has revealed unusual features in the sun’s magnetic field that may help explain the speed of solar wind, according to a pair of studies published in Nature. “There are all of these kinks and switchbacks propagating out from the sun, which is very surprising and unexpected,” said researcher Jasper Halekas, an author of one of the studies.

The flightless bird known as the great auk rapidly disappeared in the mid-1800s thanks to humans hunting them, according to a DNA analysis published in eLife. “[T]here was no reason for them to go extinct if they hadn’t been hunted,” says study author Jessica Thomas.