Author: Iker Badiola is an assistant professor in the Department of Cell Biology and Histology, Faculty of Medicine and Nursery, University of Basque Country (UPV/EHU). 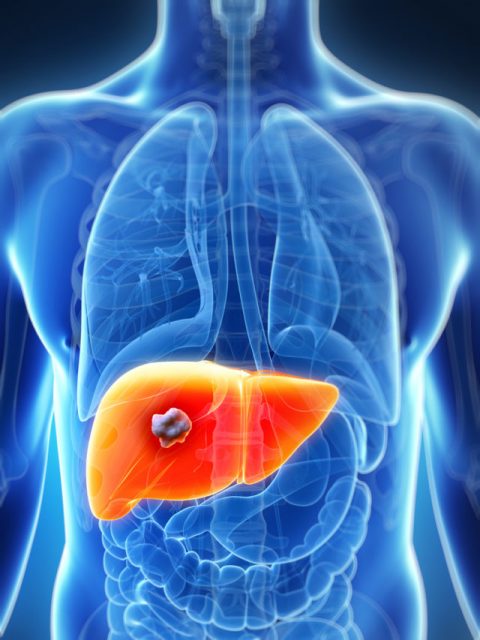 Colorectal cancer is the third most frequently occurring cancer and a common cause of cancer-related death worldwide. The origin of colorectal cancer is usually a malignant polyp developed in the mucosa of the intestine. Once the cells of the polyp acquire malignant properties, they can detach from the primary tumor and spread throughout the body, invading other organs.

One of the most common metastatic target organs is the liver. Because of its anatomic position and special histologic architecture, the liver is frequently metastasized by different cancer types. Special fenestrated capillaries called sinusoids irrigate the liver tissue, and these blood vessels facilitate the infiltration of tumor cells. Once the tumor cells are trapped in the sinusoids, they migrate into the tissue parenchyma and grow, thus initiating metastasis. Then, liver cells that are in proximity to a tumor undergo deep phenotype changes, which include the phenotypic transformation of liver sinusoidal endothelial cells (LSECs), one of the most important events in liver metastasis. LSECs from the fenestrated capillaries of hepatic sinusoids are the first hepatic cell line that interacts with metastatic cells. Upon such interaction, LSECs activate the production of proinflammatory chemokines that generate a favourable environment for tumor growth.

One unexplored potential mechanism of LSEC activation is an alteration in cellular epigenetic regulators, in particular, microRNAs (miRNAs). miRNAs are small double-stranded RNA molecules comprising 18-22 nucleotides that negatively regulate protein expression by targeting complementary messenger RNAs (mRNAs). The importance of miRNAs has been described in a great variety of physiological processes, such as development and derivation of stem cells, including hepatic cells, as well as in diseases such as cancer and neurodegeneration. In cancer, miRNAs have been shown to play important roles in malignancy processes, which are sometimes associated with their overexpression and other times with their downregulation. In this work 1, we focused on the miRNA role in the phenotypic change of LSEC.

We compared the miRNA expression profile of LSEC of colon cancer colonized livers with healthy livers’ LSEC and detected many upregulated and downregulated miRNAs. After computational and in vitro studies, we focused on miR-20a. This miRNA was downregulated in colon cancer colonized liver´s LSEC. We demonstrated that miR-20a was related to cell cycle and migration involved proteins such as E2F1 and ARHGAP1. Inoculation of miR-20a restored the healthy phenotype of LSEC in vitro.

The next challenge was to do the same in vivo, but prior to moving to the in vivo experimentation, we had to solve some issues. The multitarget capacity of miRNAs is an interesting feature that could be problematic for therapeutic treatments. As binding to the mRNA does not necessarily require 100% complementarity, a single miRNA can bind to many different mRNAs, thus simultaneously blocking protein translation of multiple targets. This also entails the possibility of side effects that could emerge if miRNA were to be delivered indiscriminately throughout the body. Herein, we shed light on the physiological significance of miRNA deregulation in LSECs and on the potential therapeutic applications derived from a careful choice of miRNA delivery system. In this regard, it is of key importance to guide miRNAs to the specific target cells we want to treat. miRNA instability in serum along with its inability to cross biological membranes makes it necessary to incorporate them into delivery systems to enhance protection and specific cell-targeting. In this way, nanocarriers have emerged as a promising miRNA delivery tool.

Thus, we have recently developed and patented sorbitan ester-based nanoparticles and provided an in vivo proof of concept regarding their safety and efficacy for gene therapy. Here, we developed chondroitin sulfate-functionalized nanoparticles (SP-OA-CS), and we tested them by loading them with specific miRNA for delivery to LSECs in an attempt to explore their therapeutic potential against liver metastasis progression (Figure 1).

We introduced miRNA in the described nanoparticles and treated metastasized mice. The treatment was added 7 days after the metastasis experiment every 3 days and we get 80% reduction of tumor occupied area respect control mice with a significant reduction of LSEC infiltrating the tumor (Figure 2).

It’s not an infection, it’s an invasion!: An army of exosomes loaded with non-coding RNAs reaches endothelial shores

Superparamagnetic nanoparticles and the separation problem