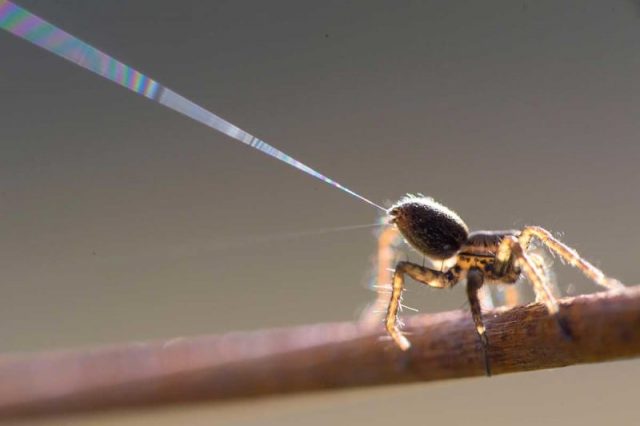 Contrary to the belief that spiders “fly” with the help of just a couple of fibers, a new study shows they make triangular sheets out of ballooning fibers that are almost invisible. The sheets are largely made from silk only 200 nanometers thick.

Expanding human activity is causing other mammals to become more nocturnal, which could have a profound impact on individual species. “If you have an animal that typically splits its activity 50-50 between the day and the night, that means it would then become 68% nocturnal [due to humans] — so that’s pretty striking,” said lead researcher Kaitlyn Gaynor.

Farmers who worked the land in Ireland during the Bronze Age altered the chemistry of the soil there. These prolonged, deep shifts in the nitrogen composition of the soils due to human activity never really go away.

Thin strands of glass known as Pele’s hair are accumulating on the Big Island of Hawaii as a result of bursting bubbles of gas in lava produced by the Kilauea volcano. “The skin of the bursting bubbles flies out, and some of the skin becomes stretched into these very long threads,” said geologist Don Swanson.

Tiny, pliable robots that are controlled by magnets and can maneuver in tight spaces are being created using a 3D printer and special magnetic inks. The robots are intended for a variety of tasks, including medical procedures.