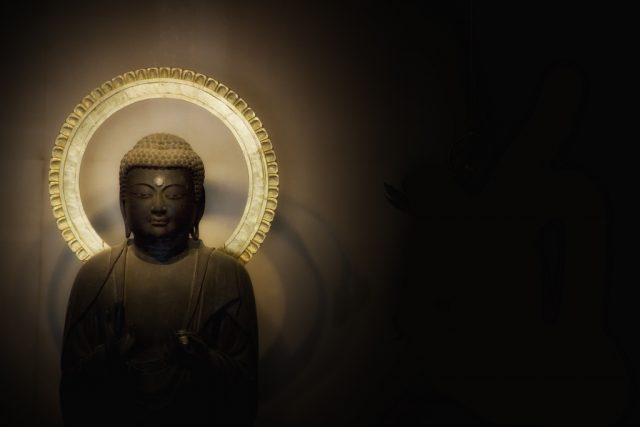 As I mentioned in passing in my last entry, many, if not most, of the oldest stories about Christian martyrs and saints are nothing but legendary fabrications, something that scholars knew perfectly well since at least the time of the Enlightenment, when scientific criteria of historiographic research started to be employed by ecclesiastical historians themselves.

Fabrications started very soon in the history of Christianism: a mere look to the so-called ‘apocryphal’ gospels (those stories of Christ and of his disciples, probably written between the 2nd and the 4th centuries, that were excluded from the canonical Bible) allows to get the impression that, perhaps more than because of the possible heresies contained in them, the fathers of the Church decided not to include them among the ‘inspired’ books just because most of what they reported was so patently absurd (like, for example, the Christ Child giving life to some mud bird figurines just for amusement) that nobody would seriously believe it.

But it seems that the standards of incredulity started to go down once the Church became a dominant political force after the times referred to in my previous entry. From that time on, it seems that each local Christian community felt the need of having their own saints and martyrs, and they started to resort to anything that could be adapted to pre-existing templates about stories of martyrdom, in order to fill their chapels and festivities with appropriate figures to be revered. This does not mean that none of the ‘official’ saints from the times of the Roman Empire or soon afterwards existed: many of then might have been real (from some we even have their writings), though even of those that existed, the miraculous parts of their official stories are clearly nothing but a dramatic fabrication.

These inventions often have an farcical quality, in which independent narrative elements mix in unpredictable and spectacular ways, like in the story of St Veronique, in which a female character by the name of Berenice (a classical Greek name, meaning ‘bearer of victory’: bere nike) mentioned in passing in an apocryphal Passion gospel of the 4th or 5th century, is transformed by way of a false etymology in Veron Icon (‘the true image’, mixing, by the way, Latin and Greek roots in one single term, like in the modern word ‘television’), as the supposed bearer of the linen with which Jesus supposedly cleaned his face while he was taken to the cross, miraculously leaving his image on it… a cloth of which numerous churches claimed to possess the ‘true’ one during and after the Middle Ages.

Other cases consist in the transmutation of some pagan cult, like the case of the Celtic goddess Brigid, which Christian people transformed in St Brigid, one of the patron saints of Ireland, to which the traditional festivities, places of cult, and legends of the ancient goddess were transferred tout court. Less amusing are cases like that of St Catherina of Alexandria, who seems to be the mere reversal of the historical figure of the pagan scientist-philosopher Hypatia, actually killed by Christian mobs, into a legendary studious girl supposedly assassinated by pagan hordes.

But the funniest story of all is that of the saints Barlaam and Josaphat. These two characters appeared in a religious romance probably composed in Syria around the 7th or 8th century, and that quickly became popular in the territory of the Byzantine empire, and later in Western Europe, where it was re-elaborated and copied again and again, even as late as in the 17th century, when the two legendary monks became the protagonists of a playwright by the prominent Spanish writer Lope de Vega. The characters briefly show up as well in Shakespeare’s Merchant of Venice. I personally discovered the story (that actually is far from a secret, but a not too much publicized one) while documenting myself for the entry about the Triumph of Christianism, in Candida Moss’ book The Myth of Persecution, that I literally quote here:

“Josaphat was an Indian prince who was converted to Christianity by the hermit Barlaam [that supposedly had been himself a disciple of the apostle St Thomas]. Astrologers had predicted at his birth that he would rule over a great kingdom (…), a prediction that led his father to shut the boy away in seclusion. Despite his father’s best efforts to keep him from the world, Josaphat realized the horror of the human predicament through encounters with a leper, a blind man, and a dying man. His view of the world thrown into jeopardy, he then met Barlaam the hermit, converted, and spent the remainder of his life in quiet contemplation of the divine.

If this story sounds familiar, it should. It’s nothing but a Christianized version of the life of Siddhartha Gautama, the Indian prince who became the Buddha (…) It isn’t just the broad plot details that are similar; minute plot details and even phraseology are identical. Even the name Josaphat is just a corruption of the word Bodisat or Bodhisattva, a title for the Buddha meaning an enlightened person.”

In this case, the ‘fabrication’ of Josaphat (or Joasaph, in other manuscripts) was not deliberate, but the accidental result of human error. The story just grew and spread, moving from one region to another, translated and retranslated into different languages and in countries with different cultures and religions, till a Christian monk took it for a real history about real Christian people. Barlaam and Josaphat were canonized both in the Orthodox and in the Catholic churches, celebrating their festivity in the West on November 27 until after the historical mistake was discovered and the festivity removed from the canonical sanctorale not many decades ago. The name Josaphat became so popular in some regions that it later became the name of a real saint: the Polish 17th-century bishop St Josaphat Kuntsevych, who very surely ignored for all his life that he shared nothing else than the name of the founder of one of the most important world religions competing with Christianity.

From Constantine to Justinian: the triumph of Christian ‘terrorism’

History and legend in the origins of Islam (and IV)

History and legend in the origins of Islam (II)