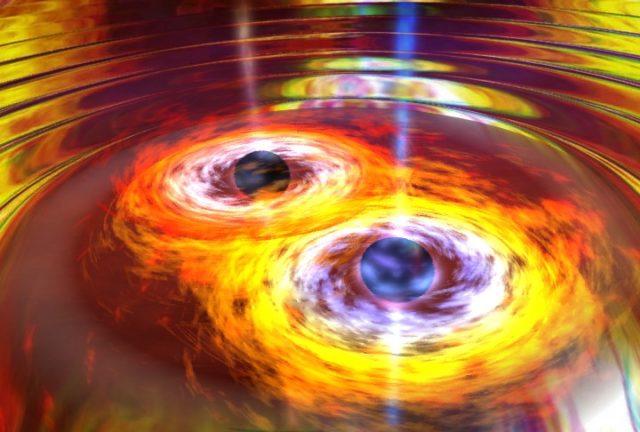 Researchers are on the lookout for supermassive black holes that ended up off-center or got kicked out of their galaxies completely when galaxies merged. The European Space Agency’s launch of its Laser Interferometer Space Antenna in about 15 years could help identify displaced black holes and help researchers learn more about galaxy collisions.

Fossil may show how whales evolved from walkers to swimmers

The fossil of a possible whale ancestor that walked on land as far back as 50 million years ago is giving scientists insights on how whales evolved into swimmers. The fossil was found in Peru, and researchers think it may have made its way from West Africa, indicating quadrupedal whales already could survive such a long journey at sea.

Brain activity from thirst to satiety in mice recorded

The activity of individual brain cells in mice progressing from thirst to satiety has been recorded to help researchers better understand the process. Researchers were surprised to find that many neurons in all portions of the brain were activated.

A company in British Columbia is developing technology that could cost-effectively remove carbon dioxide from the atmosphere and transform it into calcium carbonate. Fossil fuel companies Chevron, Occidental and BHP have contributed to a $68-million investment in Carbon Engineering, which plans to use the funds to build commercial facilities.

Researchers are working on a partially implantable device that may help those who have lost their ability to smell to recognize some odors again. The device would work much like a cochlear implant, stimulating the olfactory bulb to prompt a response to various smells.