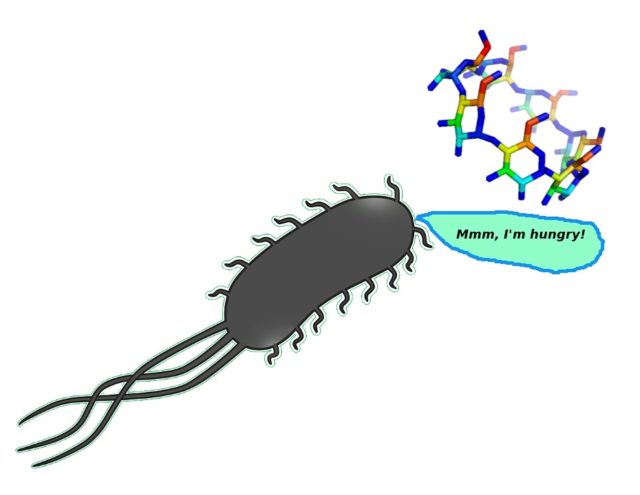 Antimicrobial resistance is a problem in our society. Although several authors have focused on seeking new molecules with antimicrobial activity, resistance has increased. Several authors are looking for new antimicrobial substances or seeking to improve the use of known molecules. This article looks at citronellal, a commonly used essential oil, for example, in children antimosquito bracalets. Indeed, products containing citronellal were massively produced when Zika virus appeared some years ago. Furthermore, it smells good, adding to its attraction.

Although it is less known, citronellal oil also has antimicrobial properties 12 so perhaps it could be used to create new aromatic antimicrobial products. With this idea in mind, our research group has recently published an article on the complexation of citronellal essential oil with cyclodextrins (CDs, cyclic oligosaccharides made up of α-(1,4) linked glucose units which are able to complex hydrophobic molecules) and included an evaluation of its antimicrobial activity 3. CDs not only increase the initial quantity of citronellal in an aqueous solution, but can decrease its evaporation.

The first step was to study the aggregation behavior of citronellal using its critical micellar concentration (c.m.c., a point where monomers of citronellal start to aggregate and produce an apolar structure). After that, the effect of CDs on the c.m.c. was evaluated. As CDs improve the solubility of citronellal, the values of c.m.c increased with increasing concentrations of HPβ-CD enabling the calculation of complexation constant with β-CD (1472 +/- 75 M-1) and HPβ-CD (525 +/- 2 M-1). Although HPβ-CD presents a lower complexation constant, it was selected for our study due to its low toxicity and its use as excipient.

The antimicrobial test did not show significant results in presence of HPβ-CD. Indeed, its growth was higher. This suggested that HPβ-CD was being used as carbon source. If this is the case, HPβ-CD would not be a good excipient for citronellal because it can be used as carbon source and because the growth/death ratio. An antimicrobial whose effect is to increase the growth of bacteria is of little use. Moreover, citronellal alone at 37 ºC readily evaporates so, its effect would be minimal.

For this reason, we thought enzymatic inhibition could be the solution. We tested the ability of acarbose (as Glucobay®) to inhibit HPβ-CD degradation because it is a selective inhibitor of α-Amylases, which could be the enzyme responsible for making HPβ-CD carbon source 4. After selecting the most suitable glucobay® concentration, a combinatorial study was carried out, the results of which gave better results than previous experiment. Not only did citronellal increase its effectiveness, but acarbose enhance the metabolic disorder of the bacteria increasing effectiveness.

To sum up, this article demonstrates that the effect of excipients on bacteria must be taken into account before they are used. We also demonstrate the first case where effectiveness by CDs uptake was higher than the drug alone. A novel way to prevent CD to be used as carbon source was adding glucobay® as a selective amylase inhibitor. The above findings confirm the feasibility of including citronellal in lotions or vaporizers and propose the incorporation of low antimicrobial capacity agents in hydrophilic solutions.