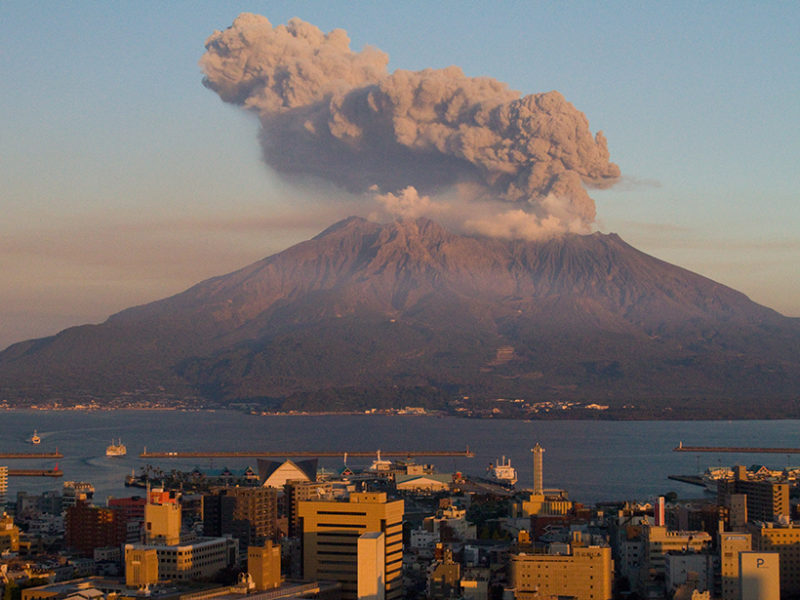 Scientists used a visual technique known as muography at the active Sakurajima stratovolcano in Kyushu, Japan, in an effort to forecast eruptions. Researchers recorded muon cosmic-ray particles passing through the volcano and used the data collected to create detailed maps of the volcano’s interior, which were then analyzed with algorithms.

Some birds evolved to have smaller bodies after the dinosaurs went extinct, but their brains stayed the same size as the brains of their large-size ancestors. “There were profound changes in brain-body scaling in the immediate aftermath of the extinction, and these may have played an important role in modern birds surviving and going on to radiate into the 10,000+ species we have today,” says study author Daniel Ksepka.

A system tested by geologists at the Truchillas glacial lake in Spain can map lake bottoms at high elevations, making it easier and more cost-effective to monitor mountain lake ecosystems. The system combines a small echo sounder and lidar data gathered from an airplane to produce high-resolution 3D models.

Earth’s tectonic plates were moving around between 3.35 billion and 3.18 billion years ago, about 400 million years earlier than once thought, according to a study of iron-bearing minerals in Australia. Researchers say this early movement may have been important to making the planet habitable.

Ancient cuisines were cultural, not influenced by environmental constraints

Hunter-gatherers that lived in the Baltic area between 6,000 and 7,500 years ago had culturally distinct diets, according to findings reported by researchers studying pottery fragments. “Our study suggests that culinary practices were not influenced by environmental constraints but rather were likely embedded in some long-standing culinary traditions and cultural habits,” said co-author Blandine Courel.