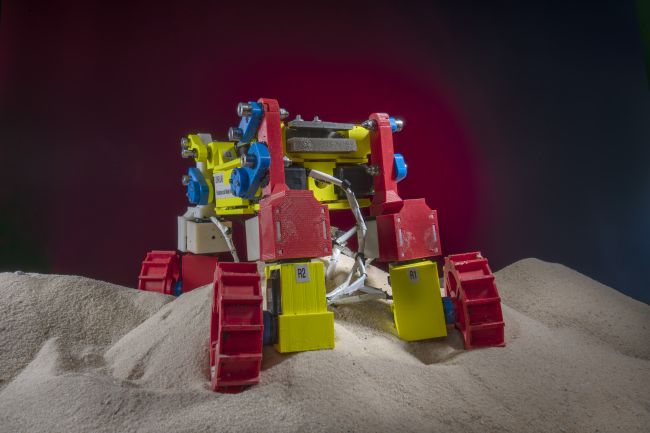 Scientists say new research shows the Puhahonu volcano, which is about 1,100 kilometers northwest of Honolulu in the Pacific Ocean and contains about 150,000 cubic kilometers of rock, is the world’s largest shield volcano. About a third of it rises above the seafloor, while the rest is buried under debris, coral and material from the volcano’s peak.

Letter shapes perceptible to blind people thanks to implant

An implant has allowed blind study participants to perceive the outlines of letter shapes by sending an array of electrical pulses to their brains and bypassing the eye. “When we used electrical stimulation to dynamically trace letters directly on patients’ brains, they were able to ‘see’ the intended letter shapes and could correctly identify different letters,” says Daniel Yoshor, senior study author.

Sea urchin relatives that lived about 80 million years ago evolved into shapes that resemble buckyballs, possibly to better protect themselves. “Survival was critical and the ball-like structures, able to withstand very heavy loads, formed around them to protect them from the harms of the ocean and aid buoyancy,” says study author Aaron Hunter.

More than 400 fossilized footprints belonging to early humans have been found in Tanzania and they’re giving researchers clues about life in the area during the Late Pleistocene. Researchers say in Scientific Reports that measuring step distances and orientations helped them figure out such things as an individual’s walking speed, body size and gender.

3D-printed minirover paddles its way out of difficult terrain

Researchers created a minirover with 3D printers that’s modeled on the Resource Prospector 15 prototype NASA hopes to use one day on Mars or the moon and tested its ability to get itself out of various types of terrain. “By creating a small robot with capabilities similar to the RP15 rover, we could test the principles of locomoting with various gaits in a controlled laboratory environment,” says Andras Karsai, an author of a study on the test.